‘This is a critical moment,’ says CEO and President of Mars Grant F. Reid. ‘Never before has the responsibility been greater for business to step up and help create a healthy planet, and a healthy society.’

Mars, owners of some of the world’s most famous chocolate brands such as M&Ms and Skittles, have outlined their intention to reduce their carbon footprint. They have named it the ‘Sustainable in a Generation Plan’ which focuses on ‘three critical areas’: healthy planet; thriving people; and nourishing wellbeing. ‘We will reduce our environmental impact in line with what science says is necessary to keep the planet health’ says Reid. 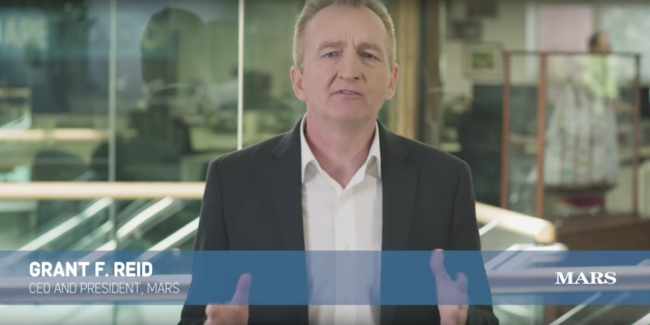 Already Mars have been attempting to reduce their carbon footprint and have reportedly seen their footprint decrease by a quarter since 2016. Their aim is to eliminate their greenhouse gas emissions by 2040.

In order to achieve this, the company have put strong environmental policies in place such as ‘[n]o deforestation of primary forest or areas of high conservation value’ and ‘[n]o development in high carbon stock forest areas’. 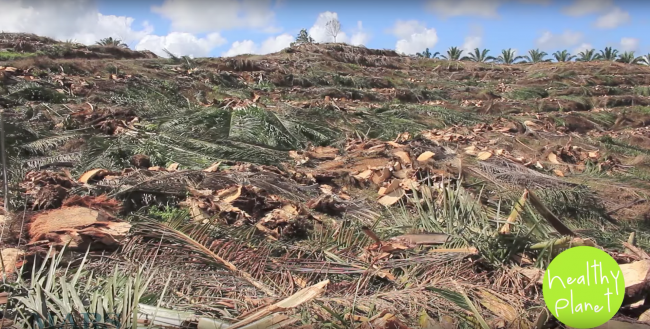 While this might seem like good news, Mars is failing to acknowledge the ways in which their products and practices will continue to impact the environment. Whilst they are most famous for their production of confectionary, Mars also own Whiska and Pedigree pet food. Both candy and pet food rely heavily on animal agriculture and many of Mars’ products contain palm oil.

Both animal agriculture and palm oil are having a devastating effect on the environment. Animal agriculture is one of the leading causes of greenhouse gas emissions, and the use of land and water in order to produce animal products is unsustainable. Combined with the destruction of rainforests that palm oil causes, the continued use of these products is contributing to global warming.

Animal agriculture accounts for 18 percent of the globe’s total greenhouse gas emissions every year, and when rainforests are being destroyed for palm oil the earth’s ability to utilise carbon emissions diminishes. Rainforests are described as the earth’s lungs because they can absorb carbon dioxide and emit oxygen.

In addition to environmental concerns, Mars have also put forward plans to ‘significantly improve the working lives of 1 million people in our value chain to enable them to thrive.’ There are many issues within the supply of raw materials, such as cocoa, particularly in tropical countries. The statement made by Mars is incredibly vague, although their footage points towards the improvement of the lives of people in these countries. 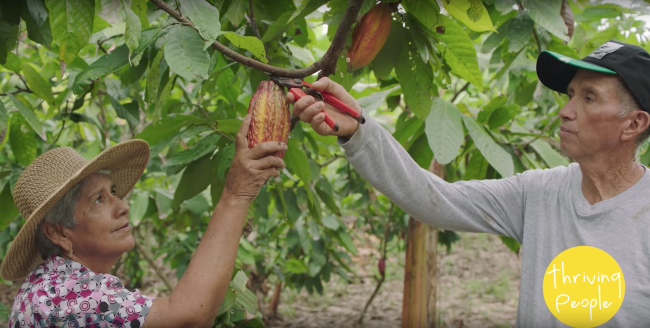 Welfare problems within food production are huge. Underpaid workers who are afraid to report injury and are subject to poor living conditions widespread. This is not only an issue on fruit farms but in slaughterhouses too.

Their commitment to ‘nourishing wellbeing’ is equally as vague as their comments about improving the quality of worker’s live. ‘We will double down on our commitments to advanced science, innovation and marketing in ways that help billions of people and their pets lead healthier and happier lives.’ Science suggests that animal products have detrimental effects on human’s health, increasing the risk of some cancers, heart disease and stroke. 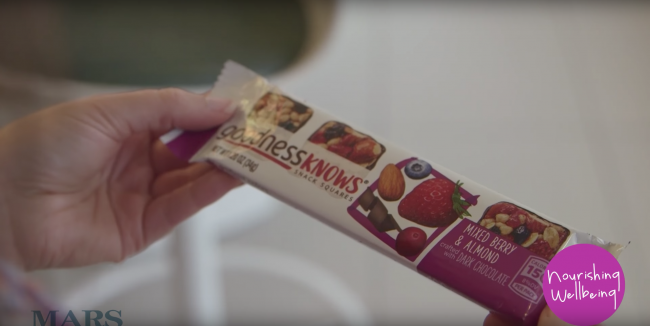 Although it is encouraging to see such large corporations start to take environmental responsibility, it seems that they are avoiding a prominent issue within food production. The impact, both on the environment and the lives of human beings, that a company like Mars could have if they committed to reducing their animal product use would be massive.