The world’s largest coffeehouse chain, Starbucks, has been impressing its plant-based customers over recent months with various vegan menu additions and green initiatives. Now, it is attempting to win over South Korean veggies, launching a vegan cake and bread option in its stores across the nation.

The coffee shops are now serving both a layered vegan cake and a vegan grilled onion focaccia bread –  a flat oven-baked Italian product similar in style and texture to pizza doughs.

The cake, which features chewy layers, is said to be the “perfect” sweet autumnal dessert, ideal for the “whole family.” 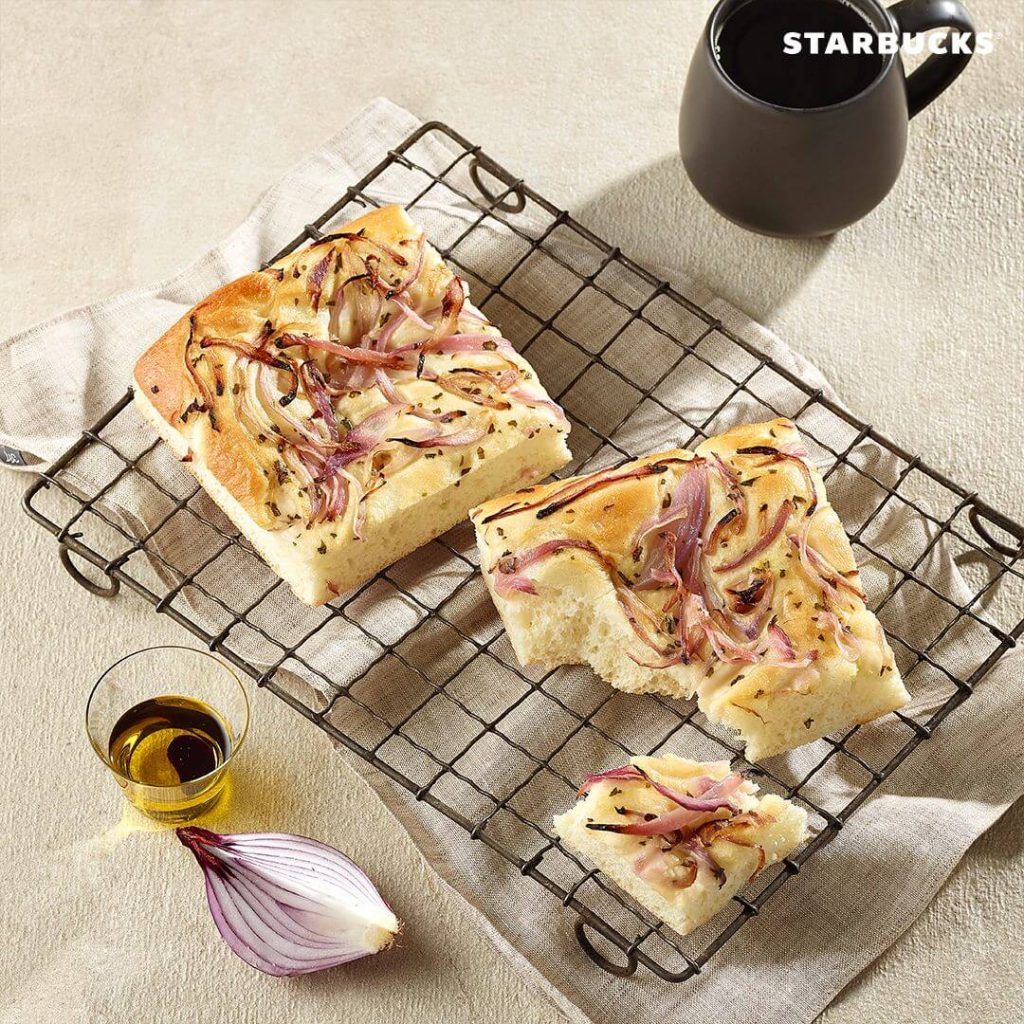 The popular coffee chain has responded to demand and hugely upped its vegan offerings across the globe, from plant-based wraps in the UK, to 3D ice cream pops in Los Angeles, to vegan-friendly pumpkin spice sauce across Europe. The introduction of these vegan options in a country known for its dog meat trade is rather monumental.

The notoriously meat-centric country was dubbed in 2014 by the Huffington Post as one of the worst countries to visit as a vegan. While an increase in vegan options is a positive addition to South Korean coffee shops and stores, there remain urgent calls to end the country’s dog meat trade. In August, it was reported that nearly one million people from around the world have signed a petition urging South Korea’s President Moon Jae-in to ban the dog meat trade for good. The President has previously spoken out against the dog meat trade, promising in his election campaign to support its total cessation. He even allowed his rescue dog to become the face of an anti-dog meat campaign.

In turn, vegan options are on the rise; a new exclusively vegan supermarket, named Vegan Space, recently opened in the nation’s capital, Seoul, bringing a number of local and international vegan brands to the forefront of the city’s evolving dietary preferences.