“We are excited to be the first frozen yogurt franchise to partner with Jolly Rancher with two of their top flavors. This national partnership expands our dairy-free options, which makes them a perfect treat for our guests this summer,” Kendall Ware, President and COO of Orange Leaf, said in a press release.

Jolly Rancher candy is made with vegan ingredients and is known for being one of the most popular candies in the Western food world. The frozen yogurt chain recently announced the new yogurts on Facebook. “We’re so excited about our new green apple and blue raspberry flavors, you could almost say we’re jolly about it,” Orange Leaf wrote. 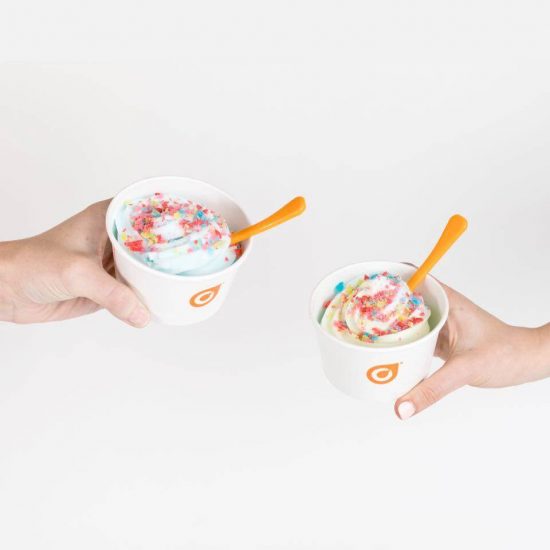 Orange Leaf is a popular self-serve frozen yogurt chain that prides itself on offering a range of both traditional and unique yogurt flavors. The chain caters to a range of different dietary preferences, including no-sugar-added, vegan, gluten-free and dairy-free. Its mission is “to make life sweeter by creating a memorable treat experience that is all about you,” while encouraging “flavor freedom.”

Many consumers are opting for vegan and dairy-free foods instead of conventional animal products. This shift in the market can be accredited to a growing awareness and concern over animal welfare issues, in addition to both health and environmental concerns that are associated with the dairy industry.

A recent report found that non-dairy yogurt sales are set to exceed $7 billion by 2027, putting dairy alternatives at the forefront of the yogurt market. Growing interest in a vegan diet was noted as a key factor in the forecasted sales rise. Further, last month, research revealed that yogurt consumption in the U.K. is declining, as 82 million consumers reportedly favor vegan alternatives over dairy products.