In a recent article published by Men’s Health Australia, it was revealed just how many readers of the top-selling men’s magazine would be willing to try a vegan diet.

The article discussed the environmental sustainability of plant-based diets, vegan celebrity Chris Hemsworth, and the recent influx of athletes and bodybuilders who have eschewed traditional markers of masculinity, like eating meat, in favor of healthier foods. The article also highlighted a recent Twitter survey which showed nearly 20 percent of Men’s Health USA readers would try a plant-based diet.

Available in over 59 countries across the globe, this is not the first time that the world’s largest men’s magazine brand has discussed veganism with its primarily adult male audience. Earlier this year, the publication named Ultraman marathon competitor Rich Roll “the world’s fittest vegan,” adding that his “mind-boggling athletic feats” might convince others to go vegan themselves.

Men’s Health has also explored the best plant-based protein powders to try, personal stories from vegan bodybuilders Simon Hill and John Venus, vegan weight loss journeys, and the health benefits of a plant-based diet as well as the health risks of meat, such as the link between red meat and cancer. 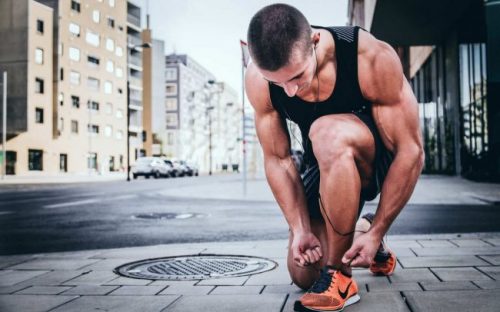 Though more consumers than ever before are turning towards veganism due to a growing awareness surrounding health, the environment, and animal welfare, women make up an overwhelming majority of the movement. According to data from TopRNtoBS, 79 percent of vegans are women.

In an interview with Vice Munchies, vegan activist and author Carol J. Adams explained why men tend to shirk plant-based eating: “The sexual politics of meat assumes men need to eat meat in order to be masculine and virile. …[W]e have a dominant cultural drive to embarrass, shame, and harass men who divert from these politics by embracing veganism.”

In that same article, Cro-Mags frontman and vegan activist John Joseph said: “There’s the stereotype that meat is macho, it’s protein, and real men eat meat. But because of these foods, these same ‘real men’ are suffering from all kinds of diseases, heart attacks, and erectile dysfunction where their fucking dicks don’t work.”

As more celebrity men, like Chris Hemsworth, make mainstream news through building muscle on a plant-based diet, we can expect that more male-targeted media outlets will address the growingly popular vegan lifestyle.