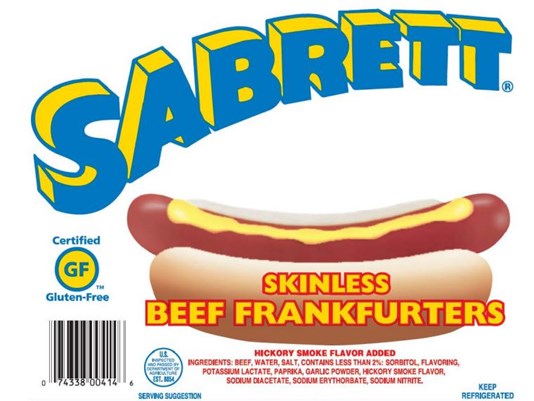 The US Department of Agriculture has announced that following recent customer complaints about finding pieces of bone and cartilage in hot dogs and sausages, Sabrett will be recalling a massive 7 million pounds of meat products.

This discovery has sparked an uproar and resulted hot dogs and sausages to be recalled en masse from a meat processor in New York.

The USDA’s Food Safety and Inspection Service even said in a statement that a minor oral injury was sustained by a hot-dog eating consumer, however this is the only injury or illness to have been reported in connection to a meat processing plant in a New York borough, Marathon Enterprises Inc.

Predominantly sold under the name Sabrett, these meat products containing bone and cartilage segments were sold to a variety of institutions and retailers across the nation.

“Sabrett deeply regrets any concern or inconvenience this has caused its loyal customers.” – Marathon Enterprises Inc. 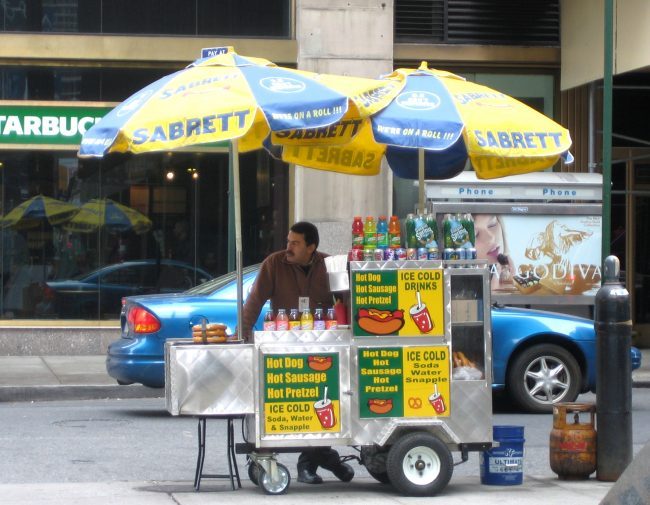 As seen in blockbuster movies such as Ghostbusters, Sabrett’s street-corner pushcart vendors with recognizable blue and yellow umbrellas have been a fixture on New York streets for many decades; therefore making Sabrett hot dogs a bit of a tourist attraction for New Yorker’s holidaymakers.

However, not all Sabrett meat products are of concern in regard to bone and cartilage contamination. Meat produced between March 17-July 4, 2017 and meat with a sell-before date between June 19-October 6, 2017 are the only batches which have been subject to a Class 1 recall thus far.

According to the USDA, if consumed, these meats are a serious health hazard which present a “reasonable probability of causing serious, adverse health consequences or death.”

Although the company says the decision to recall these meats is merely due to “an abundance of caution.” would you be comfortable eating a sausage or hot dog from a street vendor that is likely to contain bone and cartilage segments?

Perhaps this scandal poses a much broader question though – Why as a general population are we comfortable with eating “head meat, animal feet, animal skin, blood, liver and low grade muscle trimmings” but find it completely unacceptable to find a piece of bone in our food?

Ultimately it seems that there is a huge disconnect between the food on our plate and what it took to get there.