Seven out of ten people believe that the conditions of many pigs kept on factory farms are both upsetting and wrong, according to a survey conducted by Voodoo, on behalf of World Animal Protection, an animal welfare non-profit. Regular acts of animal cruelty and the use of antibiotics and gestation crates were particularly shocking to the survey participants.

Around 10,000 people around the world were surveyed by the reporting company, with interviews conducted in several countries, including the UK, the US, and China.

Many shoppers stated they would change their buying habits after discovering the conditions some pigs are subjected to before they are slaughtered. In China, 85 percent of those surveyed said they would now consider changing their supermarket.

Those surveyed were shown pictures of pigs in small pens, who had been subjected to acts such as castration and tail docking, with no pain relief.

Antibiotic usage was also a major concern for many consumers. “Pigs are squashed together in dark, squalid warehouses, and are forced to lie in their own waste,” World Animal Protection notes on its website. “These cramped, stressful conditions are the perfect breeding ground for infection, which leads to routine, indiscriminate use of antibiotics.” 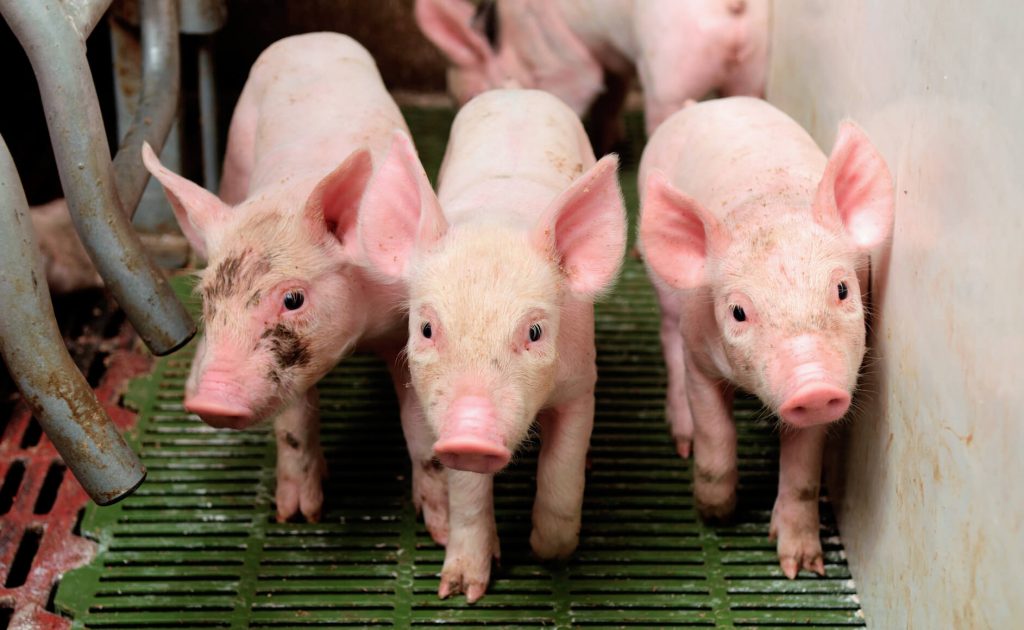 Eight out of ten people in Brazil, Thailand, and Australia were particularly concerned about the effect that this antibiotic use could potentially have on human health.

CEO of Animal Protection Worldwide, Steve McIvor, claims the responsibility to change the conditions of these pigs lies with the world’s biggest supermarkets.

“It doesn’t have to be this way,” McIvor said in a statement. “We need to see an end to close confinement and barren environments, so pigs can live in social groups in comfortable environments with opportunities to express natural behavior.” He added, “Supermarkets hold the power to create better lives for pigs.”

Uncovering the truth behind the conditions of pigs has been enough to turn some professionals vegan. Dr. Spry-Marques, a food researcher, researched and studied the industry two and a half years ago – she decided to switch to a vegan diet soon after.

In November, it was reported that a former pig farmer in Sweden, Gustaf Soderfeldt, had decided to close his ‘humane’ meat shop after witnessing videos on YouTube. He is now a vegan and grows vegetables.

“Our customers loved to hear that the pigs had had a ‘good life.’ But of course, they didn’t want to hear about the ugly side of raising animals,” Soderfeldt stated. “If I’d told them that a mother sow didn’t want to be separated from her babies or that the pigs screamed with anguish when they were loaded onto the lorry bound for the abattoir, I wouldn’t have kept a single customer.”