On the day of his 98th birthday, Roy Burdin, a resident of Longton Village in Lancastershire, credits his vegan diet for his long life and good health. Even as he nears 100-years-old, the elderly vegan, who lives independently, is now pushing for plant-based meals in assisted living facilities.

According to local news source Lancastershire Press, Burdin has been ahead of the curve for nearly a century. A lifelong vegetarian and a vegan of 30 years, the World War II veteran notes that his father also followed a meat-free diet. Burdin says that the rise of factory farming that pushed him to completely eschew all animal products.

“I was well into my 60s when I went vegan. It was still considered to be rather an advanced step and a lot of people who were vegetarian couldn’t see the point in giving up dairy produce and so on,” he said. “It wasn’t until factory farming came along and it was that aspect that convinced me that to be honest, you had to go vegan rather than just vegetarian.”

According to Burdin’s children, their father still maintains independence at 98. He still prepares all of his own vegetables and seems to favor a whole foods, plant-based diet over using vegan meats and cheeses. The vegan geriatric also has a soft spot for hummus in particular.“Hummus is very nice,” Burdin said. “I don’t agree with too much trying to imitate non-vegan foods like cheese and trying to make them substitutes. I think a good straightforward honest hummus made with chickpeas is as good as anything.” 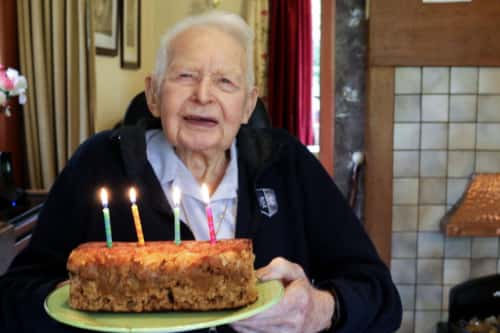 Burdin, who acknowledged that he is lucky to live on his own, also wants to push for local assisted living facilities and retirement homes to offer vegan meal options to residents.“I think that’s a great step forward to try to alert the care homes and places that cater for older people so they don’t find they are being denied the foods that they like,” he said. Recent research has shown that a plant-based diet may prevent chronic disease in the elderly.

Vegetarian for Life, a UK-based charity that provides support for elderly vegans and vegetarians, provided Burdin with resources to achieve his goal.

Amanda Woodvine, Vegetarian for Life’s CEO, said: “Roy first got in touch with us to request some of our information packs which provide simple recipes. He also asked about how he could help encourage local care homes to offer vegan and vegetarians meals to residents.”

The health benefits of a vegan diet 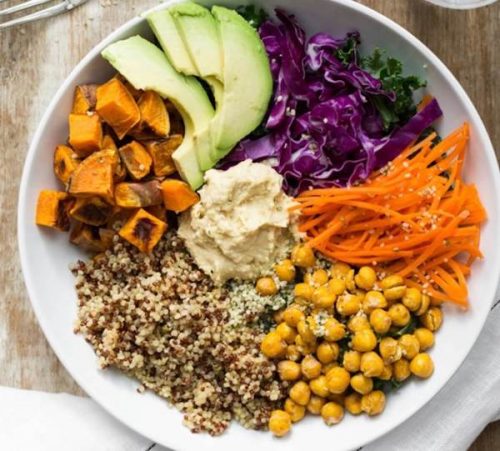 Burdin provided a few insights into what has helped him live a long, healthful life: “I have always believed in getting out in plenty of fresh air, living in the country most of my life I expect to be classified as a country boy and apart from cutting out meat, and now going vegan, I say that you should eat straight forward, good healthy food which is plant orientated.”

Medical science backs Burdin’s claim. According to research released by Harvard University last April, a vegan diet can prevent as many as one-third of early deaths due to a reduced risk of cardivascular disease, type-2 diabetes, and certain forms of cancer. Recent research published in JAMA (Journal of the American Medical Association) showed that a poor diet is the leading cause of death in the U.S. Meanwhile, mounting evidence points to a plant-based diet as one of the healthiest diets there are.

According to Burdin, he’s a vegan for life, however long that lasts: “I am happy to press on being vegan and I will never change now,” he said, joking, “the only disadvantage to being vegan is that you live too long.”