The vegan “bleeding” Beyond Burger by Beyond Meat is set to arrive in the United Arab Emirates, at the organic burger joint Bareburger, a US-based chain.

Beginning in September, the plant-based Beyond Burger, which looks, cooks, and tastes like real meat, will be served at the chain’s Abu Dhabi and Dubai locations. Customers will have the option to order their vegan burger on a plant-based sprout bun or in a collard wrap, the company confirmed with LIVEKINDLY. 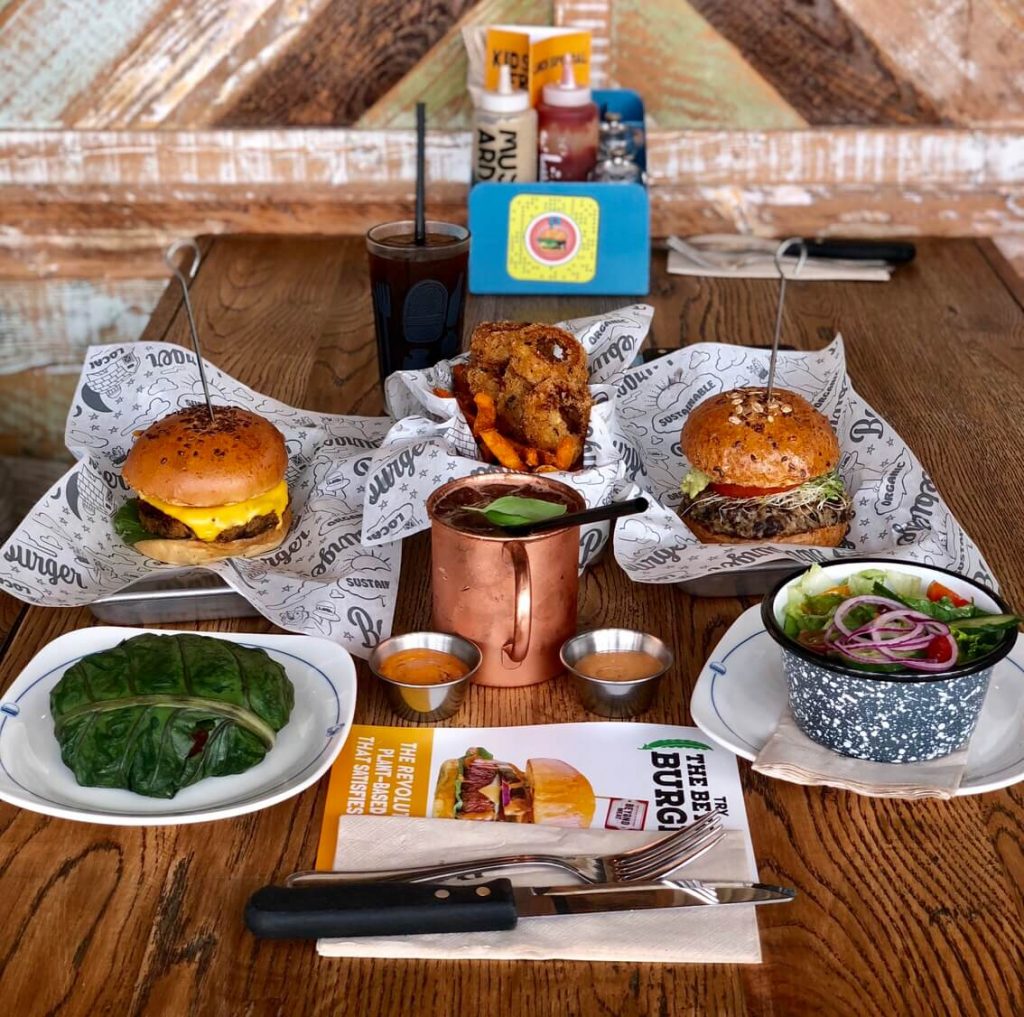 Although not a vegan eatery, Bareburger boasts a multitude of vegan options in a number of its locations around the world. Some of its pre-existing vegan options include the Thai Chia burger, made with a quinoa, chia, and green pea patty and garnished with vegan American cheese and caramelized onions; and the Beyond Sausage, which is served in a pretzel bun with pickled jalapenos, vegan mayo, and avocado basil dressing.

While these are not currently served in the UAE locations, Bareburger told LIVEKINDLY that it is “definitely interested” in adding more plant-based dishes to the menu at some point, although nothing has yet been set in stone.

Developed by Los Angeles-based company Beyond Meat, the Beyond Burger replicates the taste and texture of a beef-based hamburger using plant-based ingredients including beets, peas, and coconut oil.

This realistic “beefy” burger is popular among vegans and meat-eaters alike — likely due to a combination of the burger’s high quality and Beyond Meat’s creative marking strategy. The company asks that supermarkets place the burgers in the meat section in order to catch the eye of “protein curious” consumers. This tactic has proven to be successful.  The company has sold over 11 million of the burgers since their 2016 release, and in a recent interview, founder and CEO Ethan Brown said the patties outsold all types of ground beef in a major Southern California supermarket chain over a five-week period.

Recent sales data also reported that the company has quadrupled its sales in Hong Kong, largely due to the work of Green Monday, a campaign promoting sustainability through food.

“The majority of our patrons are meat-eaters,” David Yeung, who runs the Green Monday campaign, told Food Navigator. “The novelty, taste and clear benefits are the main reason for trying plant-based meat.”