Actor, animal rights activist, and vegetarian Ashley Judd has partnered with non-profit organization the Bonobo Conservation Initiative. The collaboration sees Judd urging fans and animal lovers to join her in taking a stand to protect the bonobo, an endangered great ape that resides in the Democratic Republic of the Congo (DRC).

“Bonobos are the world’s least-recognized great ape, and humanity’s closest living relative,” Judd wrote. “Only an estimated 15,000 bonobos remain in the wild – poaching and habitat loss are pushing them to the brink of extinction.”

According to the African Wildlife Foundation, wild bonobos are in critical danger due to a number of issues related to human activity. Wild bonobo populations are currently limited to six natural habitats throughout the DRC, but only a small portion is protected by the government. Over ten years of political conflict is partially to blame for the sharp decline of bonobos in the wild, leaving the great apes vulnerable to illegal activities such as poaching and habitat loss due to deforestation.

We are thrilled to announce that BCI is partnering with Ashley Judd and Care2–the world’s largest social network for good–to raise global awareness for bonobos! Please take a moment to read and sign Ashley’s heartfelt petition about the importance of protecting bonobos and their rainforest habitat (link in Bio). The petition will be delivered by Ashley and BCI President Sally Jewell Coxe to members of the DRC government in Kinshasa in June. The more signatures we get, the bigger the impact we make. We need you to help spread the word! Share the link with all your social networks and invite your friends and family to make their voices heard! Together, we can give bonobos–and ourselves–a brighter future. Thank you!

The Bonobo Conservation Initiative highlights the illegal bushmeat trade as the greatest problem faced by bonobos. While bonobo meat is traditionally taboo, political conflict has made it so that 90 percent of the DRC population can only afford to eat one meal per day, leading residents to turn to bonobo bushmeat to help feed their families. Bonobos only have babies once every four or five years.

Bonobo poaching is also considered an issue, due to the belief in some circles that bonobo parts enhance strength and sexual virility.

Oil exploration is another key issue the bonobo faces. Last week, documents detailing a redrawing of boundaries in two protected national parks were witnessed. Should the plans go into action, oil exploration in the DRC’s Salonga National Park and Virunga National Park would be permitted. Salonga is said to be home to at least 40 percent of wild bonobo populations while Virunga is home to a number of endangered species such as mountain gorillas and forest elephants. Salonga is currently the largest expanse of legally protected bonobo habitat in the DRC. It is currently unknown to what extent the proposed boundaries would affect bonobo populations. 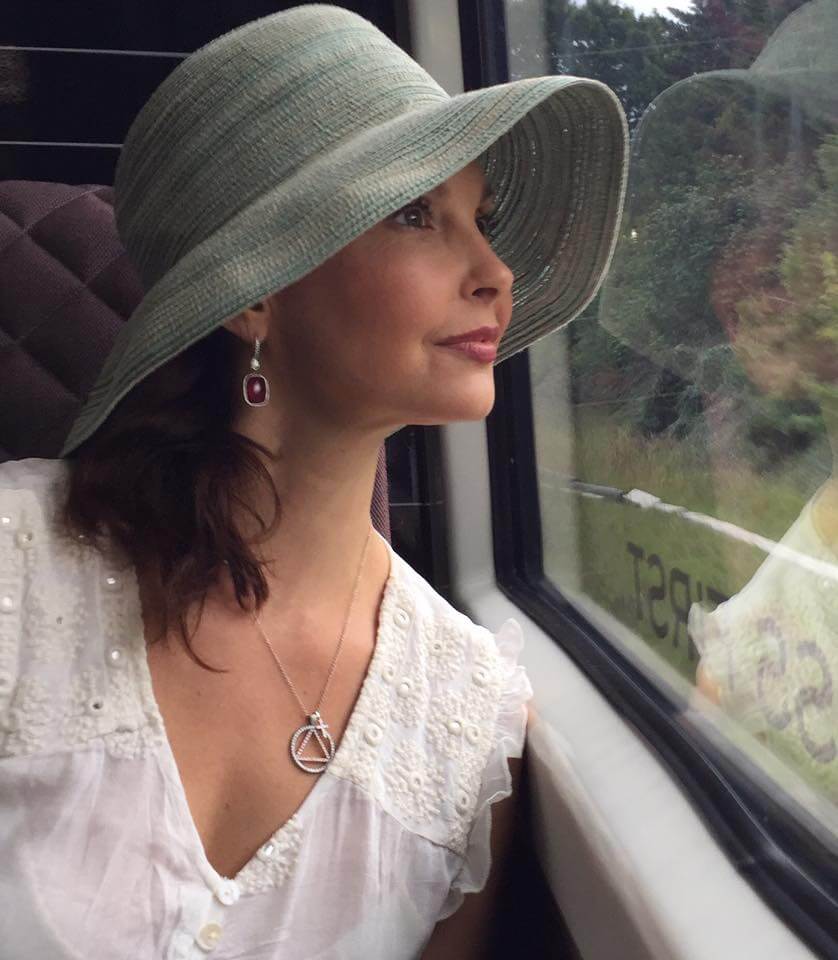 “The world must encourage the DRC to protect the only home of bonobos by maintaining its current logging moratorium, rejecting oil drilling, expanding their protected habitat and supporting community-led conservation efforts,” Judd said.

“I will be visiting the DRC soon, to view bonobos in the wild and meet with conservation leaders and government representatives. I would be honored to deliver your petition signature and add your voice to the global call to protect our sister species.”

This is not the first time the activist and actor has rallied for the support of the bonobo. In 2012, Judd narrated the award-winning documentary “The Bonobo Connection,” which explores the societal rules of bonobo society as well as problems that threaten their existence.