Germany-based sportswear giant Adidas is kicking plastic out of its products and business — but it’s not sending the stuff to the landfill. With a commitment to using only recycled plastic in its shoes and sportswear lines by 2024, the athleticwear company says it’s moving its business in a more sustainable direction, even removing virgin plastic from its offices and warehouses.

The company will work to replace polyester, a byproduct of petroleum commonly used in clothes, shoes, and swimsuits. Polyester has been used for decades in sportswear because of its quick drying ability and lightweight.

Adidas will save an estimated 40 tons of plastic per year with the move, which has already started. In 2016 the company released a line of shoes made entirely out of recycled ocean plastic. The Parley shoes are expected to jump in sales from one million in 2017 to more than five million by the end of 2018. The shoes are made from plastic that would otherwise wind up in the oceans. An estimated eight million tons of plastic enter the oceans every year–about one garbage truck’s worth of plastic every minute. 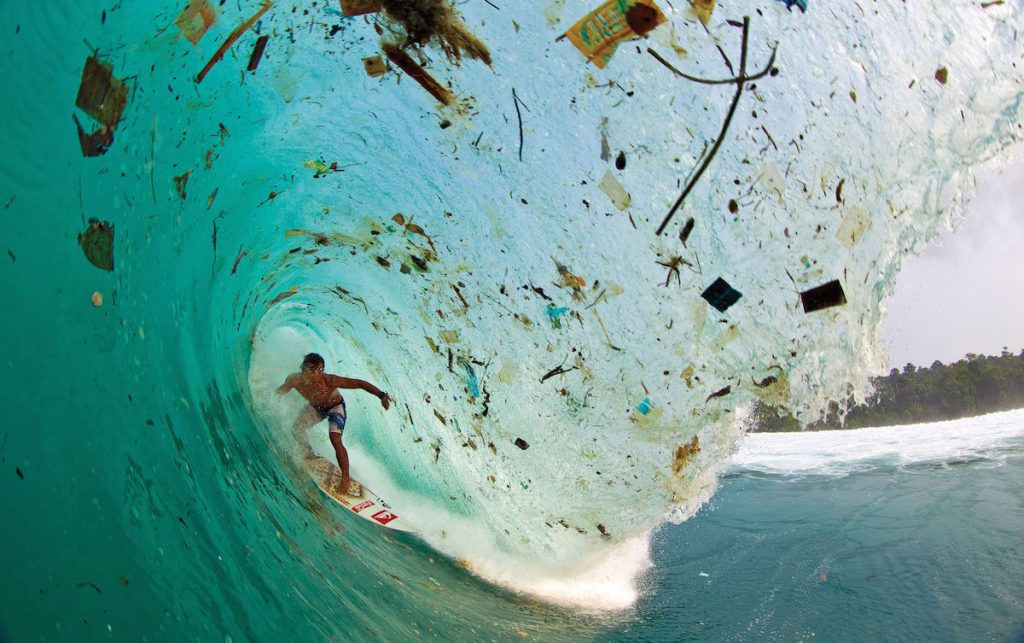 Recent research found that there may be more plastic in the world’s oceans than fish by 2048. Already massive floating islands of plastic dot the oceans. The Great Pacific Garbage Patch, located between the coasts of California and Hawaii is estimated to be twice the size of Texas. In the last half-century, plastic pollution has increased more than 20-fold across the globe; that number is expected to double by 2040.

Despite international plastic recycling efforts, less than 15 percent of all plastic is properly recycled. CNN notes that it’s far below recycling rates for other materials. “The reuse rate is terrible compared to other materials,” it notes, “58% of paper and up to 90% of iron and steel is recycled.”

As Adidas begins the shift in its production, the company says its 2019 line of spring and summer apparel will contain 41 percent recycled polyester.