Former Vice-President and notorious environmentalist, Al Gore publicly shared his decision to switch to a vegan lifestyle in 2013 – a relief to those who had been wondering how someone who campaigns for sustainability could justify a choice to consume unsustainable meat-based meals.

In a 2009 interview with ABC he had said, “[i]t’s absolutely correct that the growing meat intensity of diets around the world is one of the issues connected to this global crisis—not only because of the CO2 involved, but also because of the water consumed in the process.”

Given comments like this and the repeated emphasis he had given to environmental destruction caused by factory farming, his move to plant-based foods did not come as a surprise and was well-received.

In an interview with Medcape, he explained his decision: “I changed my diet to a vegan diet, really just to experiment to see what it was like. And I felt better, so I continued with it. For many people, that choice is connected to environmental ethics, health issues, and all of that stuff, but I just wanted to try it to see what it was like. In a visceral way, I felt better, so I’ve continued with it and I’m likely to continue it for the rest of my life.”

The move to veganism also arguably gave credit to the environmentalist, since many believe that to be a true environmentalist you cannot justify the consumption of animal products. This is because of the significant impact animal agriculture has on the planet: simply by avoiding animal products, we can cut our carbon footprints in half. A pound of beef requires 13 percent more fossil fuel and 15 times more water to produce than a pound of soy. Gore, winner of the 2007 Nobel Peace Prize for sounding the alarm about climate change, has faced criticism over the years for eating meat while fingering the meat industry as a global warming contributor.

Gore may also have been influenced by former President Bill Clinton, with whom Gore served in the White House, and who became a vegan after a scathing email from his doctor after his 2004 quadruple-bypass heart surgery. It’s questionable then whether Gore’s motives for going vegan were related more to health or the environment – although either way it’s still great that he did. 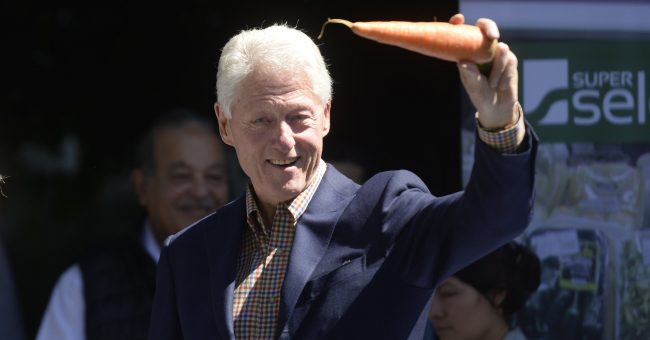 Much to the disappointment of vegan-environmentalists, Al Gore’s new movie, ‘An Inconvenient Sequel: Truth to Power’, has completely overlooked one of the biggest contributors to climate change: our diet. And it’s unclear why he might have chosen to do so.

It seems that Al Gore has got a way to go to promote veganism in the interests of saving the planet, but at least he is doing his bit every day simply by living on a plant-based diet.