Mena Massoud is the actor recently cast to play the role of ‘Aladdin’ in upcoming Disney reimagining of popular 1992 animated film, Aladdin, has left Disney fans and vegans alike stalking his Instagram, trying to determine whether or not he is vegan.

From decadent vegan desserts, to healthy salads and plant-based barbeques, Massoud is piquing the curiosity of his inquisitive 27.7k following. Not only are his personal creations quite something, he also posts photos of the wonderful vegan/vegan-friendly takeaway or done-in places such as Doomie’s and Azla vegan.

Furthermore, the #vegan fitspo transformation photos he shares are also quite suggestive of his lifestyle choice. This dude is seriously shredded; but of course you’d have to be if you need to free run across the buildings of Arabia. 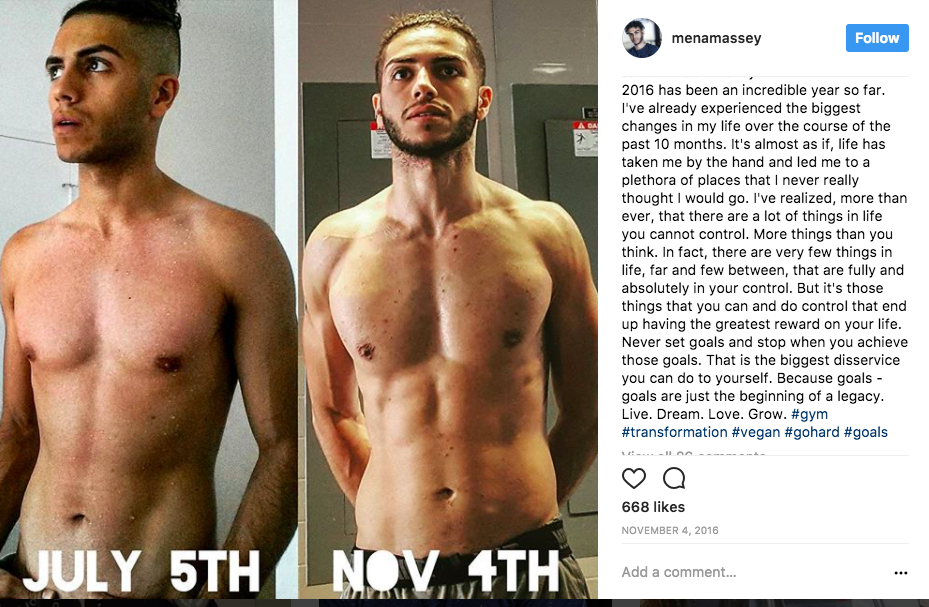 Yet the question still awaits an answer of 100% certainty, is the new ‘Aladdin’ the latest vegan celebrity? By the looks of his Instgram, which happens to be filled with tell-tale #hashtags and a complete lack of animal-products, we’re pretty convinced! However, currently he has yet to directly speak out about his lifestyle choices.

Despite not being overly vocal about his (probable) veganism, the influence that Massoud could have is on his fans could be pretty big. His followers are said to have spiked by over 10,000 after he was announced as a confirmed Aladdin lead and this number is only expected to increase with Disney die-hards after the film’s release.