A recent article by CNN hailed algae as “the food of the future”. The vegan dish is protein-rich, requires no fresh water to produce, and releases oxygen into the atmosphere, unlike most the world’s protein today that is derived from animals.

Around 70 percent of the world’s available fresh water is used to rear livestock or cultivate crops. Algae, however, can flourish without the presence of fresh water. It can grow anywhere from deserts to oceans, ponds, and aquariums. This poses an overwhelmingly positive effect on food production because algae bloom quickly, are nutrient-dense, and require next to nothing to grow.

Algae are comprised of 40 percent protein and when comparing land usage, make seven times more protein than soybeans. Algae also releases oxygen into the air — scientists claim 50 percent of the world’s oxygen is accredited to algae — contrary to raising livestock that emits greenhouse gases into the planet’s atmosphere, ultimately leading to climate change.

The power plant has already made a splash on social media. Sustainability-focused journal, Space 10, recently took to Instagram to share photos of five classic dishes reimagined with sustainable ingredients that are healthier for Earth, humans, and animals alike. The post featured a “Dogless Hot Dog” made with the protein-packed algae.

Algae-producing company, iWi Life, uses 900 acres of farmland to grow algae all year round. The company has just launched three supplements, including an omega-3 complex, DHA and EPA. These alternatives contain no animal products yet are reliable sources of omega-3, sought after due to its cardiovascular, neurological, immunity, and mental health benefits. Notably, iWi Life’s vegan version of the supplement boasts higher a bioabsorption rate of omega-3 than fish or krill oil, meaning that the body can absorb more of the nutrient into the bloodstream.

The brand uses the nannochloropsis strain of algae, and note that this is different to the algae strain found in stagnant ponds. “There are hundreds of thousands of strains of algae in the world and there is a subgroup of those that are stinky and slimy and gross, but there are lots that are not,” Rebecca White, iWi’s VP of Operations, told CNN Tech.

“The protein we’re producing is not going to be green,” commented iWi’s CEO Miguel Calatayud, who later revealed the brand is developing algae-based snacks and protein powders. These items will closely resemble other protein supplements on the health market today, he said, and will not compromise on flavor. “[Algae will be] in every single food that you take on an everyday basis,” noted Calatayud. “Algae is going to be part of a regular food chain for us. It’s going to be great thing for all of us and for our planet… What we are building it’s 100% sustainable and 100% scalable.” 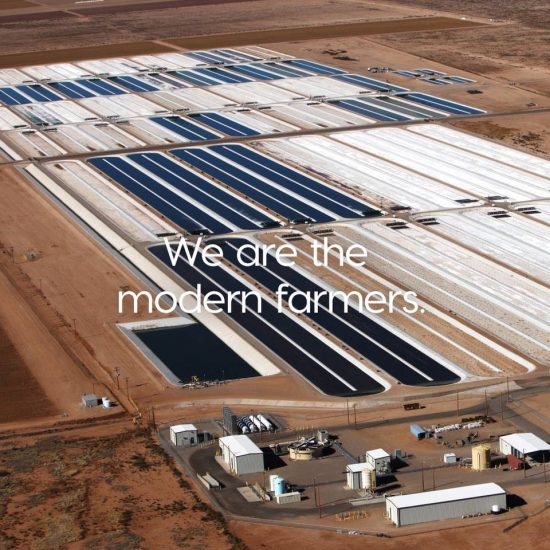 Sustainability starts on the plate. The mainstream food system is already considered unsustainable and the United Nations has forecasted that with our current eating habits, a 70 percent increase in food production will be needed to feed the additional two-and-a-half billion people that are estimated to be on Earth by the year 2050.

Plant-based proteins are seeing a rise in popularity for a number of reasons, including their low impact on the environment, health benefits, and animal welfare reasons. Consequently, food tech future experts are looking toward veganism to feed the masses for generations to follow.