Actress, author, and activist Alicia Silverstone is turning heads in Oregon this week. The “Clueless” star is featured naked on a giant PETA billboard in Portland in an effort to bring awareness to the egregious practices of the commercial wool industry.

The star and billboard say she’d rather go naked than wear wool.

“It’s just so fast, the shearing process,” Silverstone said about the wool industry in a recent interview with PETA. “[The sheep are] cut. They’re harmed. They get very seriously wounded, and there’s no care for them when they’re wounded. It’s just, ‘Move on to the next.’” 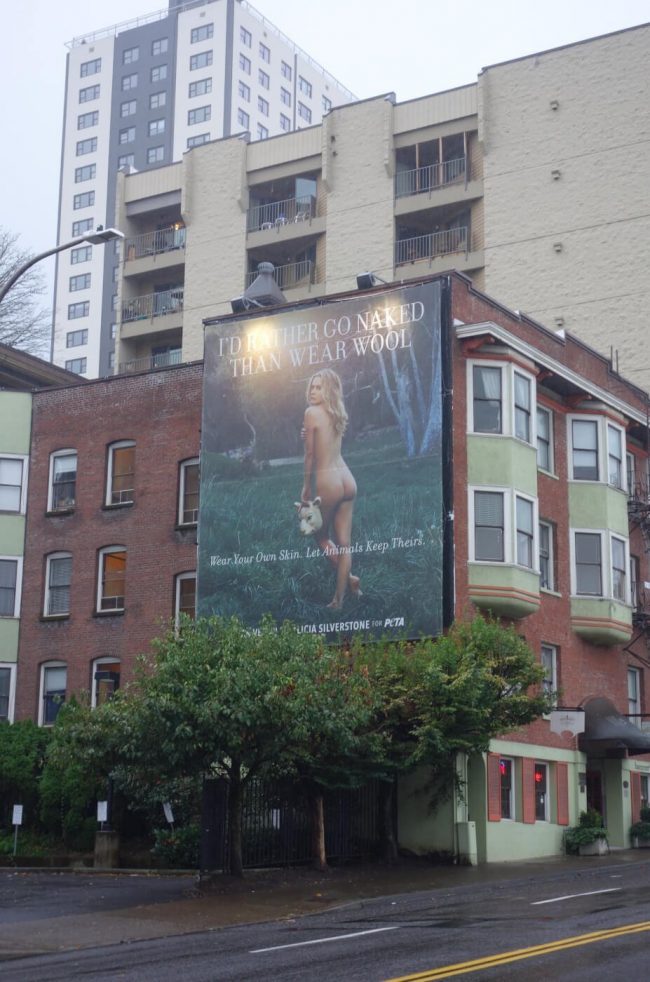 A lot of misconceptions about the wool procurement process persist, mainly that shearing doesn’t hurt the animal – that it’s like a much-needed haircut. But that’s most often not the case on large and overcrowded farms that house thousands of animals. Wool shearing and practices like mulesing, which removes excess skin from the rears of sheep, can be extremely painful for the docile animals. Sheep are also one of the top producers of methane gas, which has been linked to global warming.

The billboard is part of PETA’s #WoolFreeWinter campaign, encouraging people to opt for cruelty-free alternatives.