London’s Amazon HQ have officially held their first ever vegan event for all their employees. The event was hosted by The Social Bee Shoreditch in honor of Veganuary and to promote the launch of their very exciting new book.

The book is titled ‘How to Go Vegan: The why, the how, and everything you need to make going vegan easy’, it aims to show people just how simple the transition to veganism is now. Naturally, the event demonstrated this too, with many stalls offering vegan delights and people on hand to answer questions. Even a vegan lunch was served up to the attendees. 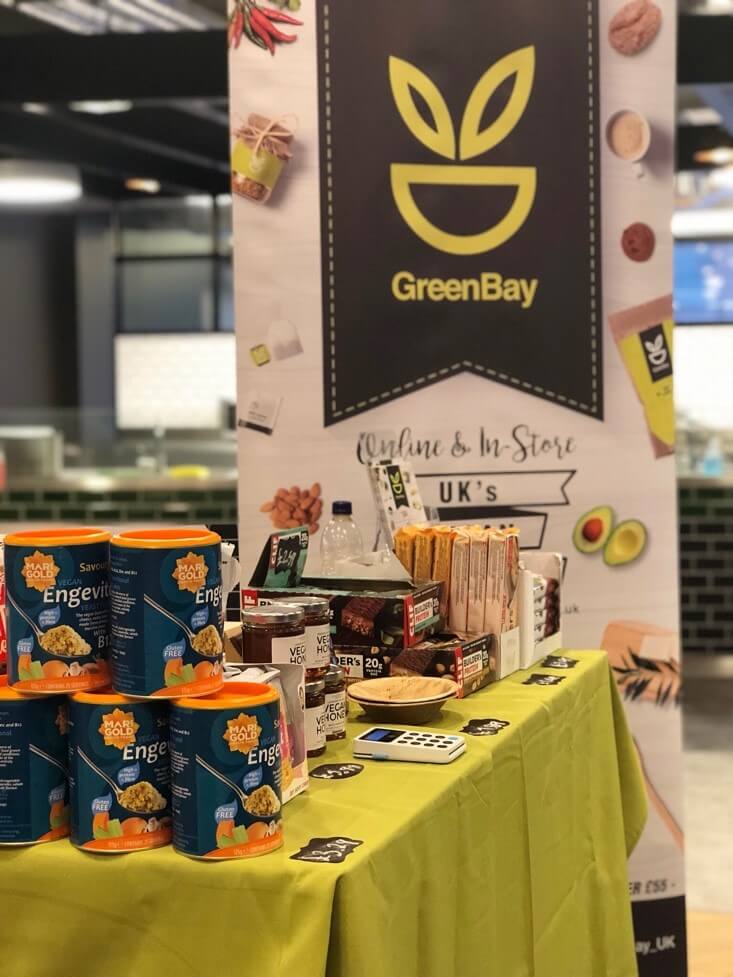 GreenBay Supermarket attended the event and hosted a stall packed with goodies for people to sample and to no surprise, they revealed that Lenny and Larry’s Cookies were one of their top sellers!

Writing of the event on their blog, GreenBay stated, ‘it’s great to see large corporations and catering companies engaging with the growth of veganism and offering opportunities for business’ in London to engage with their partners. Even adding more vegan options in the workplace is a step in the right direction! There’s no stopping the vegan movement now! Full speed ahead!’

Amazon is undoubtedly becoming more of a vegan-friendly corporation, back in August their acquisition of Whole Foods allowed prices to drop in the store, resulting in many more people being able to get their hands on healthy, vegan options.