Amy’s Drive Thru in California isn’t just another burger and fries fast-food spot. For the past two years, this drive thru has been offering weary travellers vegetarian, organic and gluten free ‘junk’ food. Amy’s was the first ever American drive thru to offer only vegetarian and organic food.

The great news is, it’s doing really well. So well in fact that it has plans to not only open a second location, but an additional 6 drive thru are expected to pop up in California during the course of 2018. Amy’s second drive thru will take the place of a former Denny’s, not the first time that a plant-based fast food restaurant has replaced a meat-centric fast food spot recently.

If a chain of Californian Amy’s proves to be a success, the company hopes that they’ll be able to open up locations all across the country.

With its origins in vegetarian frozen meals available in supermarkets under the name Amy’s Kitchen, the company were just toying with the idea of a drive thru a few years ago. The frozen meals are supposed to be reminiscent of home cooked foods and includes plenty of vegan options such as Gluten Free/Dairy Free Rice Macaroni & Cheeze, Bean & Rice Burritos and Chinese Noodles & Veggies. Whether in the supermarket or the drive thru, Amy’s aims to use organic ingredients whenever possible and wants to cater for a wide audience. 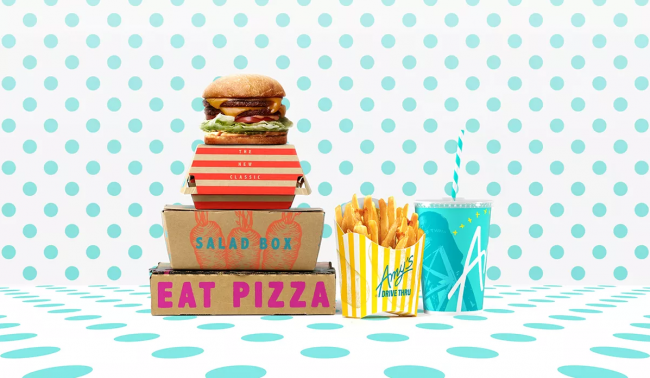 Unlike traditional fast food chains, Amy’s prioritises sustainability and quality over low cost. The current drive thru is powered by solar panels and they use only recyclable plates, bowls and cutlery.

Due to the fact that Amy’s uses organic and local produce where possible, the company didn’t expect the drive thru to achieve much more than breaking even. However, they’ve exceeded expectations hugely.

Who knows, perhaps if their national development is a success, global expansion could be on the cards for Amy’s.