The model, who is the daughter of musician Noel Gallagher and Meg Matthews, is photographed as she works on new posters for the animal rights group. The slogans on the posters read ‘Don’t Eat Animals’ and ‘Go Veg’.

Gallagher said, ‘my dog Ziggy is like my best friend, but all animals feel pain and fear, so if you wouldn’t eat your pets, why would you eat another animal?’ She added, ‘animals…need you to speak up for them. Get out there and get active!’ 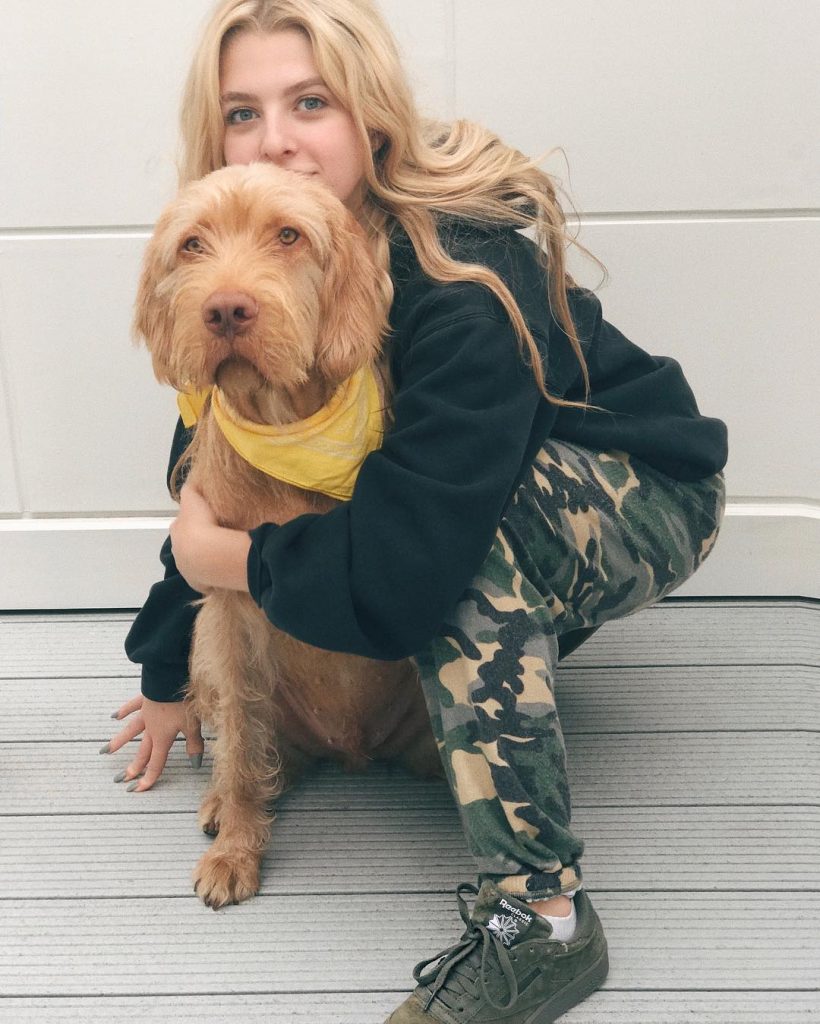 Anaïs joins a number of young, influential celebrities who have offered their voice to the vegan movement. For example, well-known animal rights activist Miley Cyrus and her sister Noah Cyrus were recently awarded Animal Liberation awards from PETA2, an organisation which focuses on young voices in the animal rights movement. Noah also appeared in a PETA2 ad in which she was shown in a water tank asking people to boycott SeaWorld.

Another vegan sister duo, Lucy and Tiffany Watson from the UK are also keen celebrity advocates for animal rights. The sisters along with their family have even recently announced the opening of a new pub in London which will serve an exclusively vegan menu.

Their efforts seem to be paying off, as PETA have announced that 20% of 16-24-year olds in the UK have chosen to eliminate meat from their diet entirely.