New Google search trend analytics show the UK’s interest in plant-based foods is soaring. Searches for the word “vegan” are graphed from May 2012 until November 2017. The graphs compare and contrast searches within the UK and the US, revealing the UK had more searches overall within the five-year period.

That trend could, at least in part, be accredited to the country’s leading supermarket, Tesco, its plant-based innovations director chef Derek Sarno, and its ever-increasing range of vegan food options.

The UK graph shows a significant spike in the data around late November 2017. This noticeable spike in vegan interest correlates to the time that vegan company, Wicked Healthy, announced it was going to stock a line of ready-made plant-based meals exclusively with Tesco, under its Wicked Kitchen division. After much hype, the line of vegan ready meals officially launched at 600 Tesco locations in January. 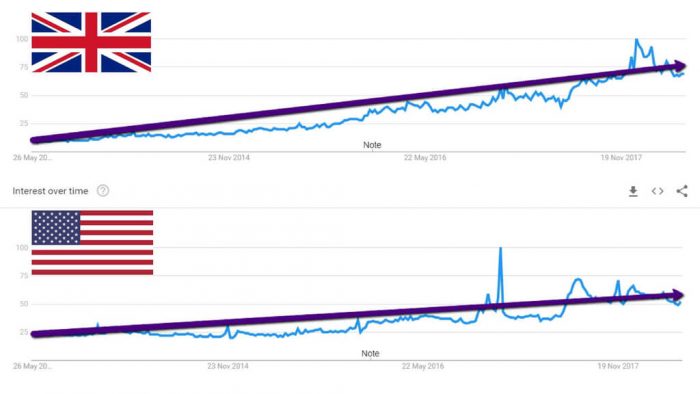 Further, Tesco reported a revenue spike when it added Wicked Kitchen’s pre-made meals to its stores. In April, financial magazine Bloomberg reported that Tesco’s profits “jumped in the latest financial year as it sold more ready meals from ranges like Hearty Food Co. and plant-based products from the new Wicked Kitchen line.”

In a statement, Sarno, who is also the co-founder of Wicked Healthy said: “For too long, vegans have been overlooked, with many offerings that are available seemingly created to appease rather than truly please. My intention was to appeal to the hardest core meat eaters. Everyone wants to eat more veggies and we’re making it dead easy to do so,” he also commented on how his business is bringing accessible vegan food to everyone, regardless of their typical diet. 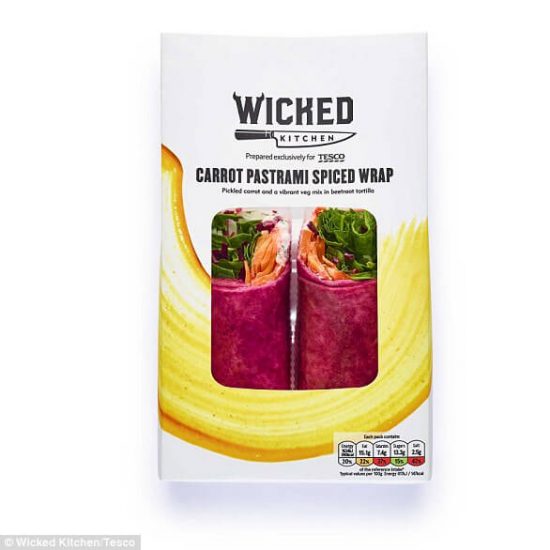 Beyond its wildly successful Wicked Kitchen line, the supermarket recently saw a flurry of attention when it launched the world’s first packaged vegan steak in 400 stores around Britain. Also, it has also developed its very own heat-and-serve vegan chicken and recently launched a private-label vegan Margherita pizza as part of its Free From range. The chain carries a wide variety of other vegan food products, in an ever-growing collection that has ramped up over the past few months.

The level of accessibility the chain and Sarno are bringing to vegan food could well have sparked the UK’s expanding interest — and more online searches — for plant-based options.