Vijay Shah is an aeronautical engineer, trained expedition guide, film-maker and vegan but now he’s also a contestant on new BBC show Astronauts. The show puts 12 people through their paces to determine whether they have what it takes to become an Astronaut. The most successful candidate on the show will receive a former NASA employee’s reference when they apply to space agencies. 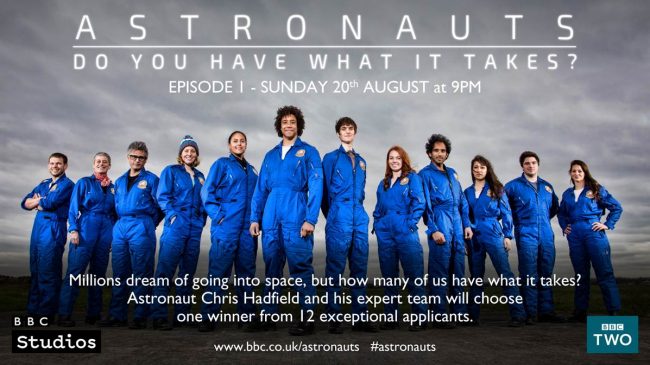 Shah is a vegan Jain, and comes from a family of people who also follow this lifestyle. In fact, one of his cousins was one of the first vegan Jains to live in the UK and his grandmother decided to take on a plant-based diet when she was in her 80’s.

Jainism is an ancient religion that originated in India. All Jains follow a strict vegetarian diet, in order to ensure they aren’t overusing the earth’s resources. Many modern Jains choose to follow a vegan lifestyle. According to the Jain Vegans site, many Jains choose this diet in order to ‘avoid contributing to the abuse and killing of cows that occurs in milk production.’

Shah has proved himself incredibly physically fit on the show, coming first in the bleep test and performing highly in all of the other fitness tests, proving that you don’t need to eat meat, eggs and dairy to achieve peak physical performance.

Tonight the aspiring astronaut appears on TV again to tackle the next few challenges ahead of him. Vegan advocates, Veganuary, have wished him luck as he takes on new challenges.

Tonight will see Shah learn basic medicine. If Shah impresses the experts on the show and is the lucky winner of the sought after references, he could very well be the first vegan to ever go into space.