‘Badass Vegan‘ John Lewis is a vegan athlete, influencer, and entrepreneur. He’s easily spotted at vegfests throughout the country; his towering athletic frame and dynamic personality is hard to miss. In addition to growing his vegan protein company, Vegan Smart, he has also gained a significant following through his social media presence. Lewis offers the black, male, and athlete’s perspective to the vegan lifestyle – three demographics that do not receive enough representation through the media lens. He doesn’t preach to his audience; instead, he leads by example, demonstrating that you can still be considered masculine, cool, and an overall athletic badass while adhering to a compassionate, vegan diet.

Lewis recently announced a new venture which will further his mission to shed light on underrepresented communities and how they can benefit from the plant-based diet. He is co-directing an upcoming documentary with Keegan Kuhn, one of the directors and producers of “Cowspiracy” and “What the Health,” which will explore the interconnections between food injustice, hip-hop culture, and veganism.

In the film, “Hungry for Justice,” Lewis plays both protagonist and narrator. He says he took this approach due to his unique experience growing up as an overweight kid “in the violence of Ferguson,” and how he came out of that to become “a prominent health and wellness advocate promoting compassion,” he explained. 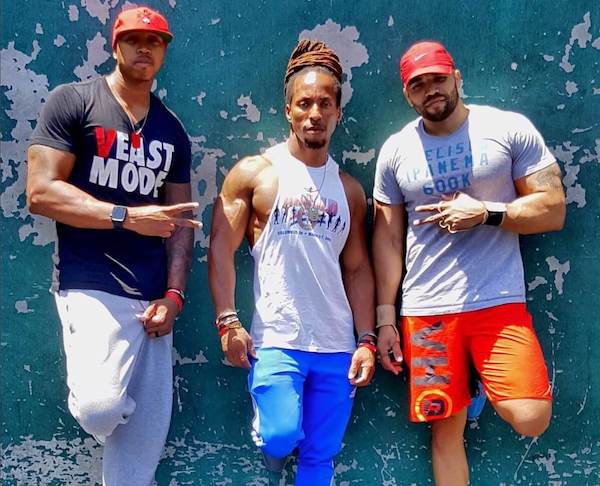 Lewis travels across the US with the film crew, documenting hip-hop influences and the rampant food insecurity of the nation. Lewis explained the significance of hip-hop culture:

“Hip-Hop influences global culture virtually more than any other art form in human history. What Hip-Hop artist say, wear, drive, drink and eat influences the purchases of millions of people around the world. As more and more influential Hip-Hop artists adopt a plant-based diet, it has the potential to radically shift the world we live in by combatting climate change, reducing healthcare costs, ending starvation and promoting compassion.”

Lewis continued to emphasize the importance of the documentary and the impact he and the team are attempting to make:

“The aim of the film is to encourage critical thought about our diets by highlighting Hip-Hop artists who speak about food injustice in all its forms. The film will address food access and food deserts, nutritional and environmental racism, diet-related diseases, government corruption, animal cruelty, climate change and ultimately how the influence of Hip-Hop will save the world.”

“Hungry for Justice” demonstrates that the issues of our time are not isolated, but interconnected. Society cannot fix single issues, but they can resolve them as a whole. Like “Cowspiracy” and “What the Health,” the answer to these issues is a plant-based diet, according to these documentarians.

Lewis said the team aims to release “Hungry for Justice” in November 2019.