Back in October, restaurant chain Bareburger announced that it was going to be opening an all-vegan restaurant and now they have named the head chef.

Rudy Ramos, otherwise known as Chef Vegicano, will be the chef at Bareburger’s new veggie joint. Ramos has been vegan for 14 years, and his culinary skills are all self-taught. 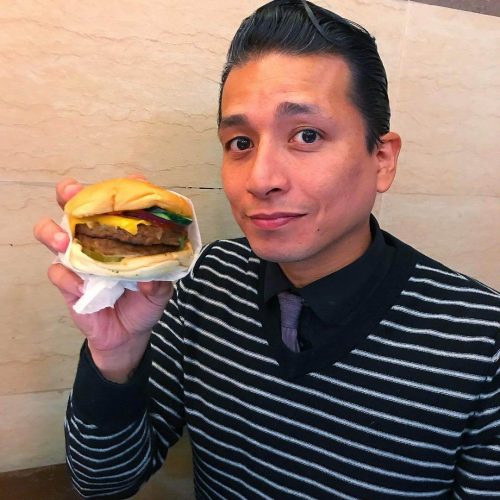 “Taste defeats tradition any day of the week,” said the chef. “I approach vegan food with no rules, utilizing flavors from all around the world to make delicious eats. I’m excited to be working with Bareburger, they’ve literally given me the reins to come up with something truly exciting. What’s cool is that I’ve been eating vegan options at Bareburger for years, now I’m creating a restaurant with them.”

Bareburger is best known for selling exotic meat, but Jonathan Lemon, Culinary Director, believes that plant based is the future. At the Multi-unit Foodservice Operator’s (MUFSO) conference, where he announced the all-vegan restaurant, Lemon said ‘The future is here, and meat will play a smaller role in years to come.’

Currently, the vegan Impossible Burger is available at all Bareburger locations, and the company has reported success with non-vegan customers. ‘I think non-vegans are flocking to the impossible burger because it’s an awesome substitute,’ said Lemon. ‘As people become more aware of how sustainable plant-based diets are versus meat-based, they will naturally shift to more alternatives. Vegan food is getting better, but we feel that if we apply our culinary efforts to plant-based diets, we can serve a whole new demographic.’