What are Food Pyramids?

Food pyramids are nutritional guidelines released by governments and medical associations that recommend the relative quantity of what people should be consuming and how often those foods should be consumed.

However, Belgium’s latest food pyramid reflects a highly plant-based scheme. Tofu, water, vegetables, nuts, fruits are noodles are right at the top – meaning it is recommended that these are consumed daily. Right at the bottom is steak, meaning that this should be infrequently consumed, only on occasions.

Processed meats such as bacon, pepperoni, and other deli meats don’t even feature within the new food pyramid; they are in a side circle of foods that are advised to be consumed “as little as possible” – alongside sugary soft drinks, pizza, cookies, and French fries.

The new guidelines indicate that the Flemish Institute of Healthy Life, (which released the graphic) perceive processed meat as a “junk” food due to the inclusion by association. 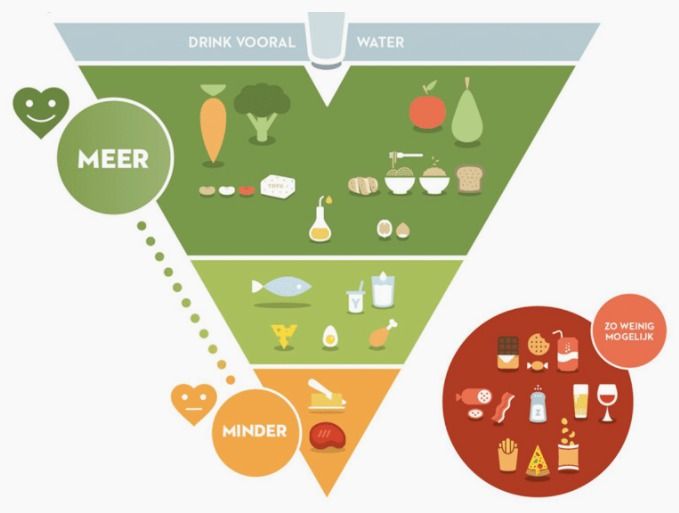 In 2015, the World Health Organisation officially classified processed meats as a carcinogen.

A representative of The Flemish Institute of Healthy Life told Flanders Today, “We want to make it clear that we don’t need these products, we don’t forbid them [meats and processed food], but they should be rather an exception than rule.”

Two U.S. children’s hospitals recently pulled hot dogs from their menus in an effort to reduce exposure to the carcinogens. Groups such as the Physicians Committee for Responsible Medicine have been vocal in calling for warnings and legislation aimed at protecting consumers from the risks of processed meat.

The Belgian government has also released a pyramid which is designed to encourage the country’s population towards physical activity and exercise. A balance of healthy eating and healthy activity both contribute to an overall healthy lifestyle.