The addition of these new products makes the current vegan offering in the US a total of nine flavors. All flavors are made with almond milk and are certified vegan. The latest flavors are vegan recreations of popular flavors already offered by the company: Cinnamon Buns and Peanut Butter Half-Baked. 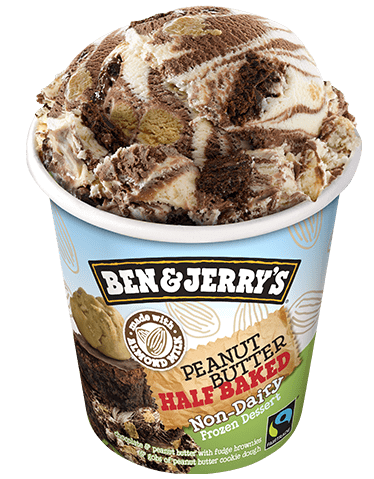 These new flavors mean that a huge 20% of Ben & Jerry’s products on offer are now non-dairy. Horikawa told VegNews that ‘[i]n general, [the company has] been very pleased with this product line and [the] fans’ response and excitement around the offering.’

The brand, who initially only offered non-dairy options in the US, has been releasing the vegan ice creams around the world over the past 12 months. You can now grab vegan Ben & Jerry’s in Singapore, Australia, and the UK.

Fans across the world are hoping that Ben & Jerry’s continues to expand its vegan range in months to come.