The honorary titles come from animal rights group PETA (People for the Ethical Treatment of Animals). Every year, the nonprofit hosts a “Most Beautiful Vegan Celeb” contest, accounting for the stars’ positive energy and their physical exterior.

“DuVernay and Cumberbatch are saving animals—not only by refusing to eat them but also by sharing their commitment with the world,” PETA stated. “The vegan powerhouses behind Selma and Doctor Strange beautifully show what it means to be a compassionate star in 2018.”

Cumberbatch has been vocal about his plant-based diet since adopting it and praises the diet for keeping him in “Most Beautiful” health. Cumberbatch was first rumored to be vegan after dining at a restaurant with his wife last year. Reportedly, his wife told the waitstaff “my husband is vegan.” He personally verified the reports during an interview in Singapore earlier this year. When asked if the actor sampled the local Asian cuisine, Cumberbatch responded: “Yeah I had local food, as much as a vegan can.” 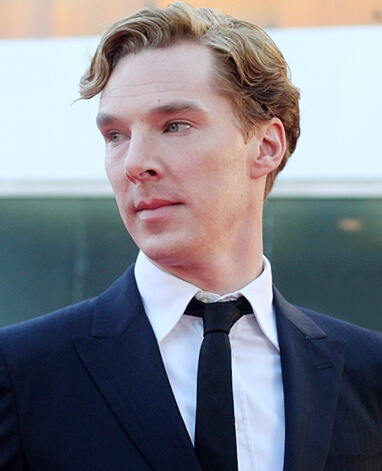 Soon after, Cumberbatch spoke out about his diet in another interview. After being asked whether he likes a popular fried chicken food chain, Cumberbatch commented: “Well only if they’ve got a vegan option.”

In November last year, DuVernay shared a heartfelt message on Twitter about Black veganism as a social justice issue. “Like many food trends that seem new, black veganism has historical roots. ‘For a lot of black people, it’s also about social justice and food access. The food we’ve been eating has been killing us,'” she wrote, linking to a New York Times article titled Black Vegans Step Out, for Their Health and Other Causes.

Cumberbatch and DuVernay are among many vegan celebrities given PETA recognition for their efforts to further the vegan movement in a positive manner. In May, David Anthony, a Las Vegas-based police officer was named the 2018 Sexiest Vegan Next Door. Late last year, Hollywood actor Liam Hemsworth was crowned Australia’s Sexiest Vegan Celebrity by PETA, following his win for the same title in the United States the year prior.