British actor Benedict Cumberbatch, star of the Sherlock Holmes television series and the upcoming “Avengers: Infinity War” film, has mentioned his vegan diet in another interview.

In a recent interview with 14-year-old star Sophia Grace, Cumberbatch discussed a range of teenager-relevant topics. Brushing teeth, the fear of flying, and bullies were all explored, but not without Cumberbatch mentioning his plant-based diet.

The interview was shared on Grace’s YouTube channel, which has almost three million subscribers. At the end of the segment, Grace questions Cumberbatch as to whether he likes Nando’s, an international restaurant chain centred on chicken dishes. After a chuckle, Cumberbatch responds, “Well only if they’ve got a vegan option.”

During the segment, Cumberbatch also addresses conflicts, in particular, how to deal with bullies. He said: “As hard as it may seem, you have to meet it with love.”

He added, “you have to understand why people often want to damage other people, is because they’re damaged themselves. And if you could just turn that mirror around a little bit on them then it might quell it slightly. I realized too, you know, to stand on your own two feet, have your own self-worth, unaffected by bullies, they don’t really know the real you, they just want to get at something to feel better about themselves.” 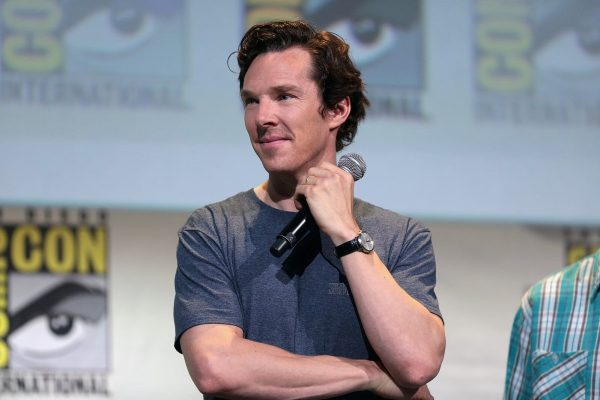 “And so the strongest advice is, this is really tough, is to not take it personally, to realize it’s not really about you, it’s about them.”

The pair then discussed online bullying, a topic close to home to Grace who has been online and in the spotlight since she was eight years old, when she was discovered on the Ellen DeGeneres show.

This isn’t the first time Cumberbatch has hinted at his vegan lifestyle. In another interview this week, the performer spoke about his recent trip to Singapore. When asked whether he had tried the local cuisine, Cumberbatch responded, “Yeah I had local food, as much as a vegan can.”

The Sherlock Holmes star was first rumoured to be vegan when an employee at a restaurant Cumberbatch and his wife were dining at spoke about the experience online. Reportedly, Sophie Hunter, a director and Cumberbatch’s wife, told the wait staff, “my husband is vegan.”

Cumberbatch joins a growing list of celebrities who have made the switch away from animal products. Zac Efron, Miley Cyrus, James Arthur, and notably, Ellen DeGeneres, have all spoken about the benefits of following a vegan diet.