Hong Kong International Airport is now serving the plant-based, “bleeding” Beyond Burger by Beyond Meat in one of its premium lounges.

According to news outlet The Standard, airport lounge Plaza Premium First has partnered with the Green Monday initiative to launch the new burger, which is served with sweet potato fries and is listed as vegetarian.

The Green Monday movement, similar to the Meatless Monday campaign, was launched by Hong Kong-born longtime vegetarian David Yeung. The initiative has seen great success, with the number of vegan and veggie restaurants consistently increasing in the city.

Across Hong Kong, the plant-based Beyond Meat Beyond Burger in particular, along with those of its main competitor Impossible Foods, are dominating many menus.

Last month, three of Hong Kong’s leading hotels launched the Impossible Burger in an array of creative dishes. Hotel ICON, Grand Hyatt Hong Kong, and InterContinental Grand Stanford Hong Kong all embraced the groundbreaking plant-based meat known to cook, sear, taste, and even smell much like beef, in dishes such as the Vegetarian Indian Impossible Burger. 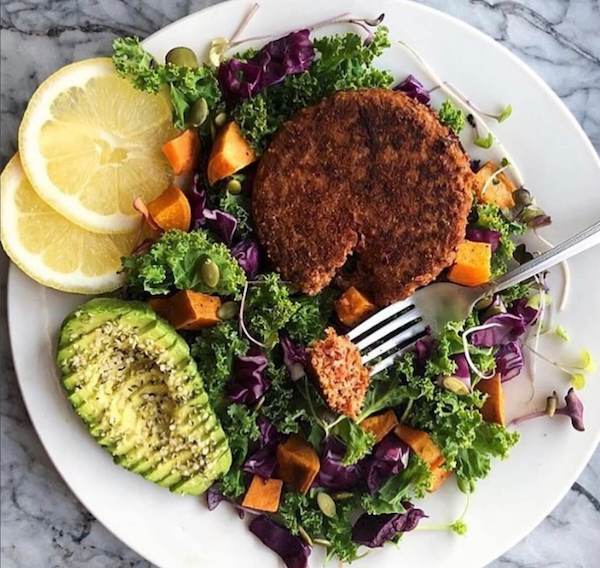 Further, in May, Hong Kong burger joint The Butchers Club launched Beyond Burgers to cater to the high demand for vegan menu offerings. According to the company, 15 percent of its current total sales are accredited to new vegan options.

Even Hong Kong professional chefs have warmed to innovative, compassionate, and sustainable vegan meats from the likes of Impossible Foods and Beyond Meat. At a press event earlier this year, chef and restaurant menu developer Uwe Opocensky spoke about the potential of the plant-based meat by Impossible Foods. He said, “[w]e need to change the way we eat. With Impossible Foods, I think we can get there… It’s not a meat replacement – it’s just another meat, another dish, another new ingredient that has never been there before.”

Yeung has even developed his own vegan meat with his startup Right Treat. “Omnipork” is a plant-based pork meat, designed to quench the region’s demand for traditional pork. The plant-based pork is available at select Hong Kong restaurants and has seen high praise from chefs and diners for its flavor and texture.