New York-based meal kit company Blue Apron has pledged to cut gestation and farrowing crates from its supply chain. In its June statement to investors on Animal Welfare, the company said it has a responsibility “to ensure the health and well-being of animals raised throughout our supply chain.”

Gestation crates are metal enclosures in which mother pigs are kept during pregnancy and are common on factory farms in the United States. The crates are so small and narrow that pregnant pigs are unable to turn around and the floor underneath is made of hard slats for waste to fall through.

Sows on factory farms give birth multiple times per year with each pregnancy lasting almost four months. After giving birth, mother pigs are moved to only slightly larger farrowing crates for nursing until their babies are taken away and the cycle starts again. This means that pregnant pigs spend a significant portion of their lives barely able to move.

While Blue Apron still uses one supplier that implements farrowing crates, the company says that by the end of 2019 all of its pork products will be Global Animal Partnership Step 1-certified or Certified Humane. Both of these certifications forbid the use of any crates. 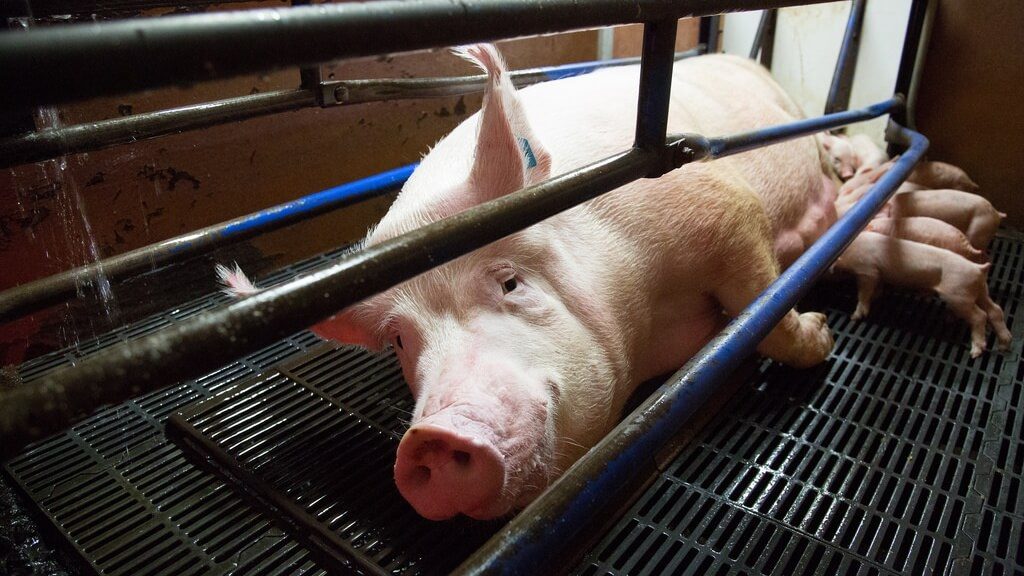 Pigs are considered to be one of the most intelligent species on the planet. They have demonstrated cognitive abilities greater than human toddlers and have also been shown to experience rich inner and social lives. It’s no wonder then that prominent scientists like Jane Goodall, and celebrities including Bill Maher and Ryan Gosling, have voiced strong opposition to the intense confinement of mother pigs on factory farms.

Gosling recently wrote in an op-ed published by the Globe and Mail about the plight of pigs on factory farms and how the “social and intelligent animals lose their minds from being denied any social or psychological stimulation at all.”

Gestation crates have already been banned by the United Kingdom, Sweden, nine states in the U.S., and in any new hog structures in Canada.

And other vegan meal services are continuing to pop-up. Allplants, a pre-made vegan delivery service that launched in the UK in 2017, says many of its customers are meat-eaters. Meal delivery services offer a convenient introduction to vegan foods for those looking to transition to a kinder diet.