Increasingly, today’s consumers are opting for healthier food and beverage options. Data shows that 39% of people choosing to get protein from plant sources, do so for health reasons.

He added: “Our new 1915 Organic beverages were created in response to consumers growing demand for accessible, great-tasting, plant-based nutrition that balances protein and sugar.”

As well as for health reasons, consumers are ditching animal products in a bid to live more sustainably. Research has found that nearly half of young people are concerned about the environmental impact of meat.

Bolthouse Farms appears to be listening to consumer preference. The new plant-based line of beverages uses bottles that are made with roughly 25 percent less plastic than Bolthouse’s other products. 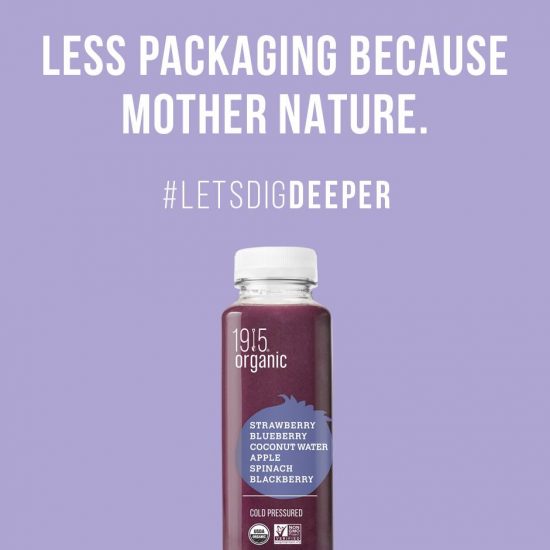 Bolthouse was acquired by the Campbell Soup Company in 2012 for $1.5 billion. The food giant made headlines last year when it exited the Grocery Manufacturers Association and joined the Plant Based Foods Association instead, presumably in part to boost the visibility of Bolthouse products.

The new vegan range of protein shakes includes: Organic Protein Vanilla, Organic Protein Chocolate, and Organic Protein Coffee. The two cold-pressed juices of the 1915 Organic range have no added sugars and contain seven or fewer ingredients. The flavors include Organic Cucumber, a green juice that is light, refreshing, and nutritious, according to the brand’s website. Organic Watermelon is also available, a “delicious blend” of watermelon and lemon.

1915 Organic’s range became available this month. Each beverage boasts 12 grams of pea protein, with just 9 grams of sugar and less than 160 calories. They’re also free of soy, one of the most common allergens. The products are certified organic by the USDA, devoid of animal products, and are made using only non-GMO ingredients. The bottles are packaged in 12-ounce sizes, and retail at $3.99. Kroger, Meijer, and Key Foods are among the retailers stocking these refrigerated products.