Sales of vegan and vegetarian sausages are rising, according to frozen foods distributor Central Foods. The company conducted research in anticipation of the UK’s National Vegetarian Week, which runs from May 14-20.

Linda McCartney’s brand of vegan and vegetarian sausages saw a 20% sales increase between 2016 and 2017. The data indicated that if every meat-free sausage link sold last year was laid end-to-end, the chain would stack up to a height 15,000 times greater than central London’s Nelson’s Column, or a total of more than 2.5 million feet of sausage. Notably, many of the brand’s customers aren’t vegan or vegetarian. 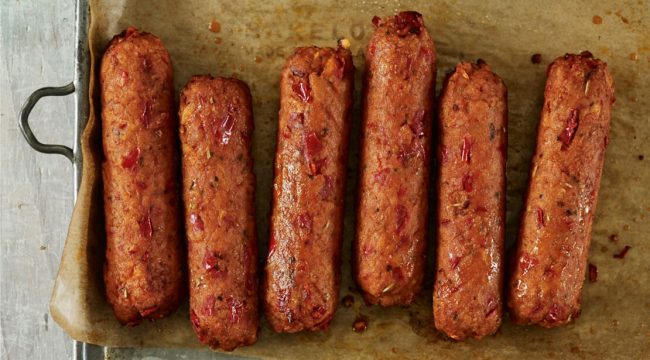 “The demand for meat-free products has been increasing for some time. However, the Linda McCartney veggie sausages are also very popular with consumers who aren’t vegetarians or vegans,” Gordon Lauder, the managing director of Central Foods, said in a press release. “The sausages are really tasty, hold their shape well during cooking, and whilst being held hot under warming lights on a servery.”

Lauder added the sausages “appeal to flexitarians and meat-eaters, as well as those who choose a plant-based diet. They are also versatile and can be used for different meal occasions throughout the day.”

In the U.S., vegan meat company Beyond Meat is spearheading a plant-based meaty revolution in a nation where veganism has soared by 600% over the past three years. Its latest product, the Beyond Sausage, has many consumers struggling to detect the difference between the Beyond Sausage and a sausage made of pork or other meat. The company claims the plant-based product “sizzles and satisfies” with the same “juicy, satisfying taste and texture of pork sausage.” 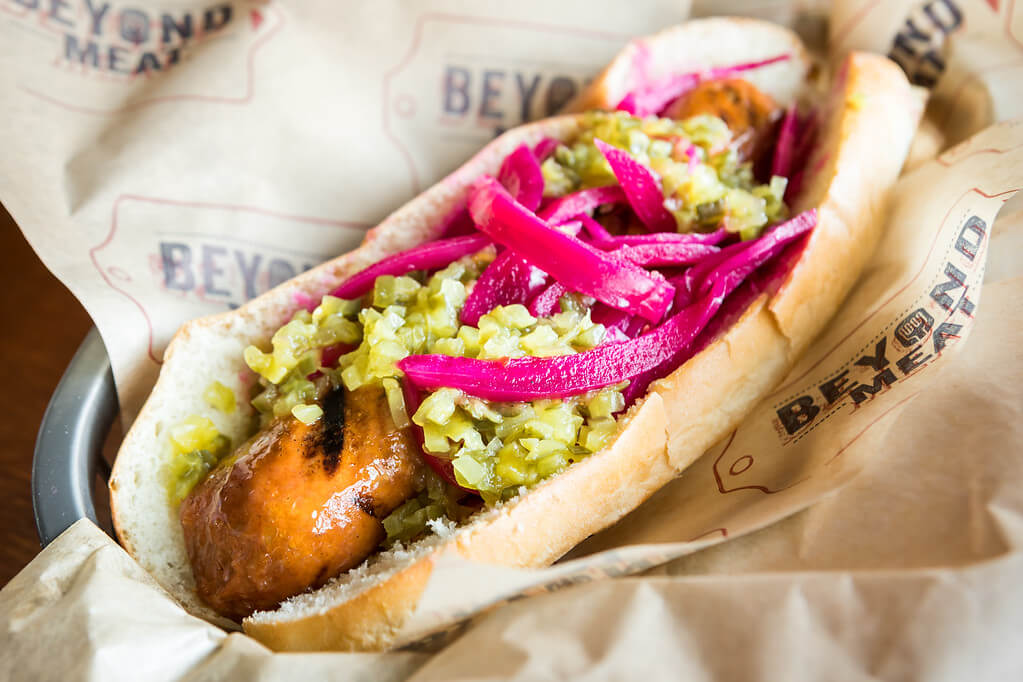 A recent study revealed the number of people living in the UK who identify as vegan exceeds three-and-a-half million — approximately seven percent of the population. The figures show that within just the past two years, veganism in Britain has seen a 700% spike in growth.