Merely one month after musician and vegan activist Bryan Adams shared a New Year’s message asking others to leave animals off their plate, the celebrity has gushed about his animal-free leather shoes, showing how his long-time vegan lifestyle is more than just a diet.

Bryan Adams took to Instagram, snapping a picture of his cruelty-free footwear to share with his 328,000 followers. In the caption, Adams wrote: “[p]eople always ask about not wearing leather, here are my vegan shoes by @boboheme made in Portugal ?? ❤️. Be ethical, think about you can do to NOT be part of the cycle of death created by the vicious meat, chicken, and fishing industries.” 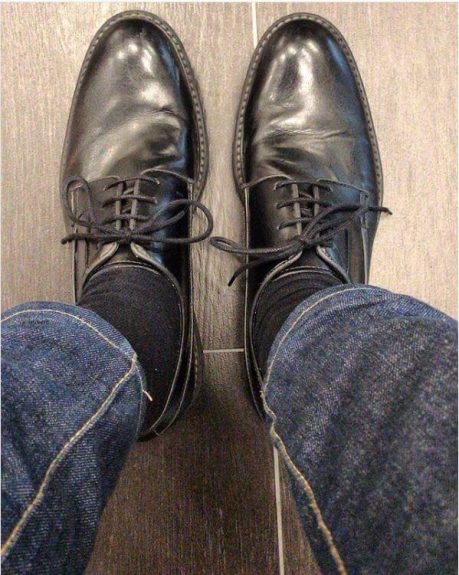 Many consumers are catching on to the animal welfare issues linked to the leather, wool, and fur industries, and are opting for synthetic alternatives instead.

The Canadian star has eaten solely plant-based food since 1989, he credits his vegan diet as the reason why he rarely gets sick. He isn’t one to keep quiet about veganism, just last December Adams took to Facebook with some words of wisdom for his millions of fans. The plant-powered singer-songwriter has also said going vegetarian or vegan is the best gift anyone could ever give themselves.

During his New Zealand tour last month, Adams delighted fans with a snap of his toned physique. Although he’s in his late 50s Adams sure made many wish they were drinking elderflower kombucha like “any good hippie” with him.