Internationally renowned frozen dessert brand, Bubbies, is launching a new line of vegan Mochi ice cream. The new vegan options are anticipated to be stocked by most of Bubbies’ current major retailers.

At only eighty calories per serving, the new dessert features a vegan twist on the Bubbies Japanese-inspired Mochi classic: bite-sized ice cream wrapped in sweetened, chewy, rice dough. The Vegan Mochi Frozen Dessert recipe is Kosher, gluten-free, non-GMO, and consists of real fruit puree. Cherry, vanilla, mango, and mint are just some of the new vegan flavors set to be on offer.

“With our unique flavors, dairy-free frozen dessert filling and soft, sweet mochi dough, we know our new vegan line up is going to be a hit with consumers and retailers alike,” Rick Schaffer, Bubbies Chief Executive Officer, said in a statement. He continued, “This new frozen dessert will fulfill a unique market niche that has been asking for a vegan, non-GMO alternative and we are pleased to offer it in a tasty array of flavor options.” 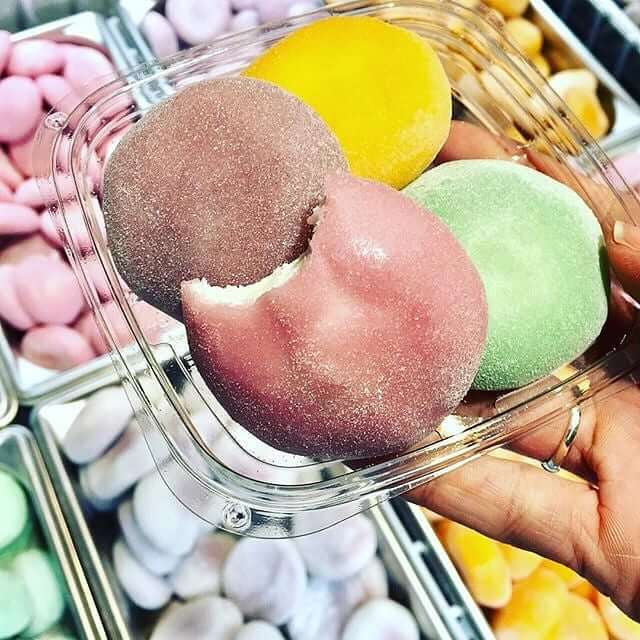 Named after founder Keith Robbin’s grandmother, Bubbies has been around since 1985, on the Hawaiian islands. Since then, the brand has taken off both nationally and internationally; it can be located in many resorts and restaurants around the world as well as in Whole Foods stores across the United States.

Bubbies will be joining many other major frozen dessert brands who have recently branched out into the vegan ice cream market. Ben & Jerry’s, Cornetto, Haagen Dazs, and Halo Top are just some of the big industry names to debut vegan options over the last year. Toward the end of last year, it was reported that the market for vegan ice cream is set to reach an estimated value of $2.45 billion in the next decade.