UK burger and chicken restaurants are adding more vegan menu items to keep customers, according to a new report.

The report, conducted by Market Research Hub, noted that the biggest threat to the survival of traditionally meaty restaurants in the UK is the new consumer trend to ditch animal products. However, many chains are choosing to adapt, launching meat-free options.

Earlier this year, fast-casual restaurant chain Honest Burgers added the Beyond Burger to its menu as part of a trial. Created in the U.S., the patty looks, cooks, tastes, and even “bleeds” just like real meat. Since its launch with the restaurant, the burger has performed even better than expected, with the Kings Cross branch in London struggling to keep up with demand.

Fellow burger chain Byron has also buckled to vegan pressure, launching its first-ever plant-based burger the “Beetnik” in April. At the time, the company’s head of food Paul Mason noted the launch was the chain’s “most significant” yet. “This menu aims to reflect the growing breadth of modern British burger tastes,” he noted, implying an awareness that consumer habits in the UK are changing. 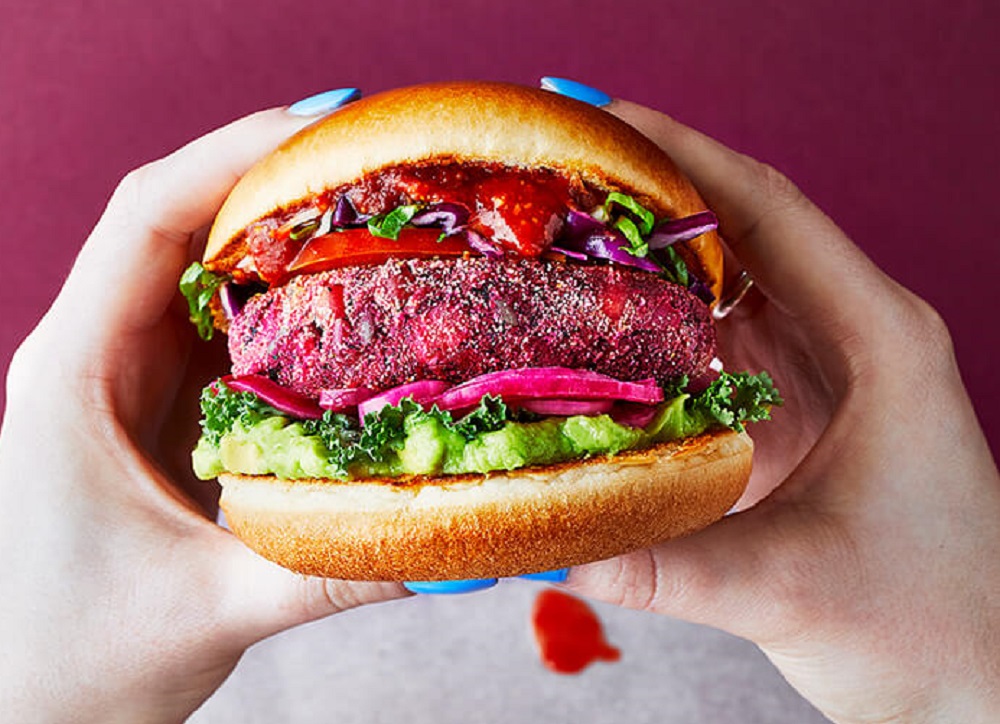 Chicken giant KFC is also aware that attitudes are evolving. Earlier this year, the Mirror revealed that the UK division of the chain is currently developing a vegetarian “alternative to chicken.”  Victoria Robertson, the head of food innovation for KFC UK, told the newspaper, “We know people are more passionate than ever about eating well, and we face a big challenge in shifting their perceptions of what we offer.”

According to the report, it’s the younger generations who are leading this charge for more vegan food. It’s not alone in its conclusion; the beer market, the cosmetics industry, and the baby product market are witnessing a similar shift, thanks to young conscious consumers looking for more ethical products.

One recent study by the Food Ethics Council revealed that over half of young people believe the current food system is unfair to animals, the environment, and to humans. “There is a moral imperative for food businesses to step up and ensure they are not treating others unfairly, whether that be people, the animals, or the planet,” said Dan Crossley, the executive director of the organization.