A handful of international fast-food chains have been trialing vegan options in New Zealand locations recently, and Burger King may be next to hit the plant-based headlines. In a Facebook exchange between a vegan New Zealander and Burger King New Zealand, the company promised it is working on a vegan burger.

The short digital conversation was posted in the open Facebook group, What Kiwi Vegans Eat, a community of nearly 9.500 members. The chain has yet to release further information regarding the release of the vegan patty, but it advised its patrons to keep an eye on the company Facebook page for updates.

Current vegan offerings at Burger King New Zealand are slim and without much substance. There are no meat alternatives or vegetarian-friendly sandwich substitutions. The onion rings, fries, and “hash bites” are vegan, based on the company’s nutrition information chart, but those appear to be all, besides soft drinks. In other countries, such as the US, the vegan options are slightly improved. The French Toast Sticks at American Burger Kings are vegan, and the US chains also carry a Morningstar patty option for vegetarians, though it is not vegan. 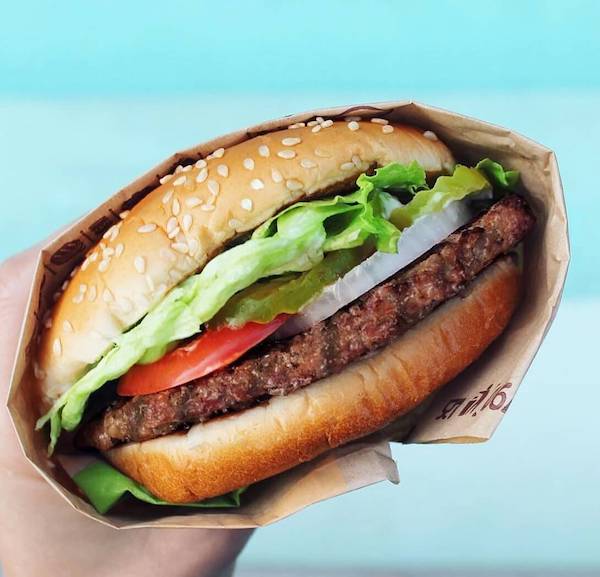 Burger King currently has 83 locations in New Zealand. Introducing a vegan patty would have the potential to reach consumers across the nation.

Other chains that have already produced vegan-friendly menu items in New Zealand include Subway and Domino’s. Subway trialed a vegan falafel sandwich at select venues starting in July, and Domino’s added vegan cheese around the same time. The latter chain has reported success and made the vegan cheese permanent on its menu, as well as introducing another vegan option, cheesy garlic bread, on October 1 in recognition of World Vegetarian Day.

While waiting for Burger King to launch a vegan sandwich, vegans in New Zealand can satisfy their cravings at Lord of the Fries, the Australian fast-casual concept that is quickly expanding across the nation and beyond. There are three locations, two in Auckland and one in Queenstown, that serve a 100 percent vegan menu, including burgers, shakes, hot dogs, breakfast sandwiches, and of course, fries.