California is once again on the brink of passing history-making legislation in regards to animal welfare and conservation. After a unanimous approval by the Senate in June, the Assembly just passed Senate Bill 1017, a bill aimed to phase out driftnets within the commercial fishing industry.

With both the State Senate and Assembly’s approval, SB 1017 moves on to Governor Jerry Brown to be signed into law. The leading author of the bill, Senator Ben Allen (D – Santa Monica), said in a statement, “This is a significant win for our ocean and for the California economy. We look forward to the governor signing it into law.”

Driftnets have caused irrefutable harm to marine life over the years. These mile-long, 100-foot-deep  traps capture more than just fish; thousands of marine animals have also been ensnared, including dolphins, sea turtles, sharks, and even whales. Mercy for Animals, a farm animal non-profit, released a hidden camera exposé this past spring, documenting the damage. The scenes were difficult to watch, as fishermen methodically bludgeoned a shark to death, an unwanted catch that fell victim to the nets. 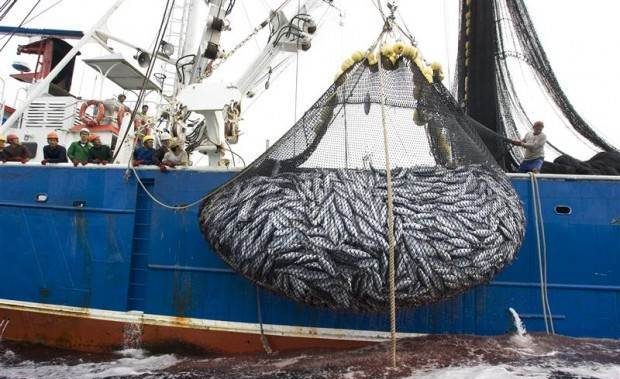 In the U.S. and elsewhere, more efficient and sustainable fishing methods have become the norm. California is the last U.S. state to allow these “death nets.” Senator Allen stated,“These mile-long nets are deadly and destructive. Finally, we have found a way to phase out their use and transition to a more humane alternative.”

It is estimated that seven unwanted marine animals are caught for every one fish trapped in a driftnet.

Governor Brown has until September 30 to approve and sign the bill. If he does, government entities will work with fishermen to phase out their use of swordfish driftnets over a period of four years. This transition involves incentives such as a buy-back program, as well as information on more sustainable fishing practices.

SB 1017 marks significant progress in regards to conservation and sustainability, though it does not address the root issue of using animals for food. The best way to ensure no animals are harmed is to adopt a plant-based diet. Vegan seafood companies such as Good Catch Foods, New Wave Foods, Ocean Hugger Foods, and others are making this transition deliciously simple for consumers.