The 26th annual Environmental Film Festival is taking place this month in Washington DC, from March 15th to March 25th. The festival will open with Kate Brooks’ “The Last Animals” and close with a screening of James Cameron’s highly anticipated vegan documentary “The Game Changers.”

“The Game Changers” will be the last film shown at the event. Academy-Award-winning director Louie Psihoyos (2009’s “The Cove”), will be in attendance at the festival. The film, which features an appearance from former bodybuilder and governor of California, Arnold Schwarzenegger, follows James Wilks; an elite special forces trainer.  The film shows Wilks on his “quest for the truth behind the world’s most dangerous myth: that meat is necessary for protein, strength, and optimal health.” 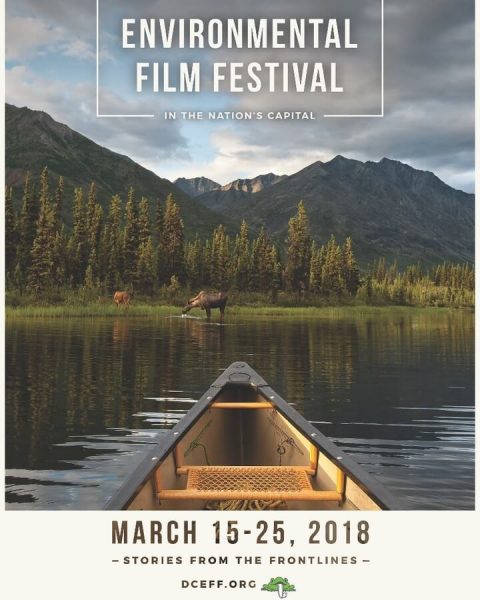 “The Last Animals” by cinematographer Brooks, will kick off the festival. Brooks’ film focuses on the endangered Northern White Rhinoceros; there were only three white rhinos remaining in the world at the time filming concluded.

“[Brooks] also weaves in the plot of illegal ivory trafficking,” said Brad Forder, programming director of the festival, to Washington’s Top News. The work of Silas Siacore will also be shown, Siacore is a Liberian activist who will be attending the festival himself. “He’s done a lot of work for deforestation, working against illegal logging,” Forder added.

With a theme of “Stories from the Frontlines”, the aim of the festival is to showcase the work of activists, filmmakers, and cinematographers who want to inspire and encourage others to take care of the world around us. “Since 1993 our mission has been to celebrate Earth and inspire understanding and stewardship of the environment through the power of film,” the organizers state on the festival’s website.

But there is far more to the festival than just watching films about the environment, according to Forder. “We’re conveners for conversation,” He explained.“Over the last couple of years, we’ve used the [festival] not just to watch film, but also to talk about the broader environmental issues.”

Tickets, as well as a full itinerary for the festival, are available from the Environmental Film Festival website.

[Editor’s Note March 19, 2018: This article was updated as it incorrectly stated that James Cameron would be at the film screening.]