Recent research has revealed that a vegan diet could dramatically reduce the number of annual cancer cases in Britain. The Guardian reported earlier this year that there could be up to 8,800 fewer instances if everyone stopped eating red and processed meat.

The estimate is according to Cancer Research UK, a charity that funds research towards understanding and eliminating cancer. In a post, the organisation highlighted the body of scientific evidence that links processed meat such as bacon, deli meats, hot dogs, and ham, and red meat like beef, lamb, and pork, to an increased risk of cancer. According to the World Health Organization, diets high in red meat cause up to 50,000 deaths per year, while processed meat consumption is responsible for 34,000.

Red and processed meat consumption are a standard in Britain, where more than a quarter of the population eats a ham sandwich for lunch on any given day, according to the Guardian. The revelation that red and processed meat can increase your risk of cancer is nothing new. But earlier this year, new research has come out in favor of a more plant-forward diet for maintaining good health. 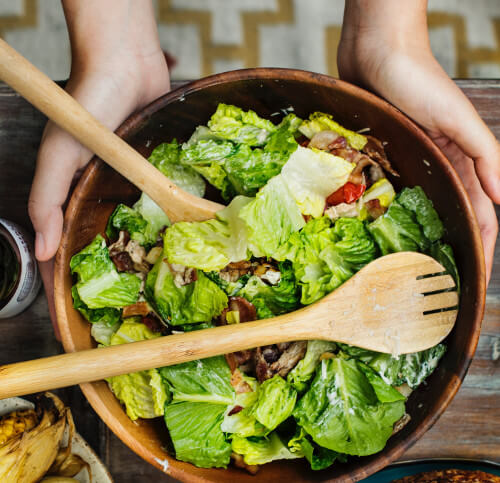 Is Eating Red Meat Bad For Your Health?

Last June, new research from the World Cancer Research Fund (WCRF) revealed that even small amounts of processed meat can increase one’s risk of cancer. The study found that 30-50 percent of all cancer diagnoses are preventable through limiting or completely eliminating red meat consumption.

A study published in the JAMA Internal Medicine last September found that a meat-heavy diet (like the ketogenic diet) increases one’s risk of colon cancer while a vegan diet lowered the risk. Diets high in red meat can also have a negative effect on heart health. According to research from the Cleveland Clinic, eating red meat on the regular can increase one’s risk of heart disease by 1000 percent.

In a report released last May, the WCRF revealed that a plant-based diet, along with avoiding tobacco and sugary drinks, can reduce cancer risk – including stomach, breast, colon, prostate, and lung – by as much as 40 percent.