DeWanda Wise is the latest actress to be announced as a member of the upcoming Marvel film Captain Marvel. Vegan star Wise will join fellow veggie Brie Larson on the set of the film that is due to be released in 2019. 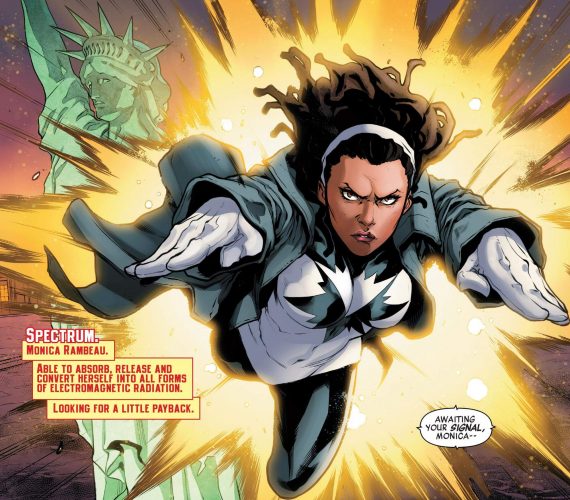 Wise, who has been vegan for some time, married vegan Alano Miller back in 2009. She has recently landed the role of Nola Darling in Spike Lee’s Netflix series, She’s Gotta Have It. Speaking with LIVEKINDLY, Miller claims that Wise is quite the cook, stating that ‘her chili is just amazing.’

In 2014, Heavy claimed Larson was following a vegan diet. According to the magazine, she said of her and her good friend Shailene Woodley ‘We’re both trying all the time to be truthful. And that can be exhausting.’ Larson showed off a huge plate of veggie nuggets in April of last year, suggesting that she’s still committed to a meat-free lifestyle.

Marvel recently introduced an LGBTQIA+ vegan character, Karolina, to the television series Marvel’s Runaways. Played by Virgina Gardner, Karolina has the ability to transform into ‘a humanoid rainbow of cascading cosmic energy capable of flight after removing it.’

The Marvel universe is getting more vegan by the day.