Hathaway’s bag was designed and created by the luxury designer label Jill Milan. “We were delighted Ms. Hathaway carried Jill Milan’s Holland Park clutch to the Oceans 8 premiere,” Jill Fraser, co-founder and CEO of Jill Milan, said in a press release. “The clutch paired beautifully with the John Paul Gaultier dress she wore.” 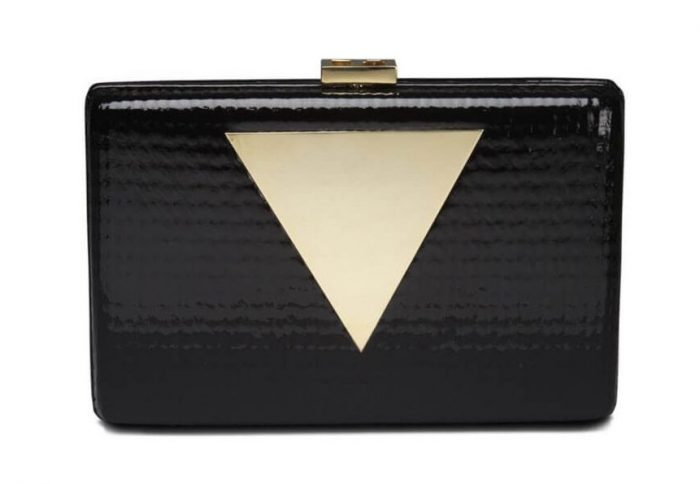 “Each bag is made in Italy by artisans who craft the best luxury accessories in the world. Bags are sewn by hand and the metalwork on Jill Milan’s bags is handmade,” according to Jill Milan’s website. In addition to being free of all animal products, the brand expands its positive impact on society with its philanthropic efforts. “A portion of Jill Milan proceeds are donated to organizations that rescue and retire or retrain former racehorses. Without the aid of these non-profit groups, horses are often at risk of being shipped to Canada or to Mexico to be slaughtered,” its website reads. “Jill Milan also makes contributions to other animal welfare organizations, as well as charities that provide economic aid to low income women who have cancer.”

Hathaway has supported the brand at previous premieres, too. She carried Jill Milan clutches to the premieres of “The Dark Knight Rises” and “Les Miserables” in which the actress also starred.

Hathaway is not alone in her affinity for the label. Many other celebrities have donned clutches by Jill Milan at high-profile red carpet events. Fellow actor Amy Poehler showcased the brand’s Art Deco Clutch as a nominee and presenter for the Emmy Awards. Academy Award nominee and singer Hailee Steinfeld carried Jill Milan’s Disc Clutch to the MTV Video Music Awards and the Holland Park Clutch to Vanity Fair’s Oscar Party. Additionally, actress Hilary Duff was pictured with the Holland Park Clutch at the iHeart Radio Awards, to name a few.