UK wide supermarket Sainsbury’s has announced that they will begin stocking ready made vegan pizza on Sunday 27th August! Recently, the popular supermarket chain has seen a huge growth in the number of ‘free from’ and vegan friendly products that it stocks, and White Rabbit Pizza is their latest addition.

Last year Sainsbury’s made news when they released what was then the ‘widest range of supermarket own brand cheese-alternatives [in] the UK’. Affectionately know as ‘Gary’ after a customer complaint about dairy free cheese not really being ‘cheese’, the selection proved a huge success. Recent additions to their free from range have included ready meals such as vegan mac and cheese. 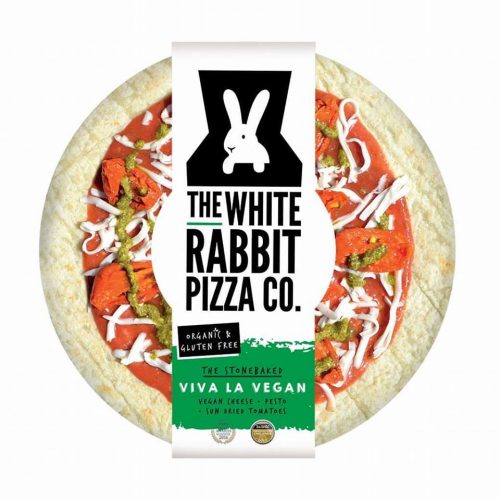 The company, White Rabbit Pizza, was founded by three friends who are mad about the Italian food! Not all of White Rabbit’s pizzas are vegan but they are all gluten free and White Rabbit have developed their vegan range so Sainsbury’s can sell pizzas that are suitable for almost everyone. All White Rabbit Pizza’s ingredients are organic, and the team have said that they aim is to ‘make authentic, delicious, high-quality pizza accessible to as many people as possible.’ Teo, the Italian pizza mastermind in the White Rabbit operation believes that pizza is ‘supposed to be inclusive, not exclusive’ so developing a vegan range fits right in with the ethos of the company.

The range will include at least two vegan pizza options, the ‘Viva La Vegan’, topped with vegan cheese, pesto and sun-dried tomato, and the ‘Smokin’ Vegan’ topped with smokey vegan cheese, peppers and olives. The pizzas are priced at £4.99 each and are likely to be worth every penny! 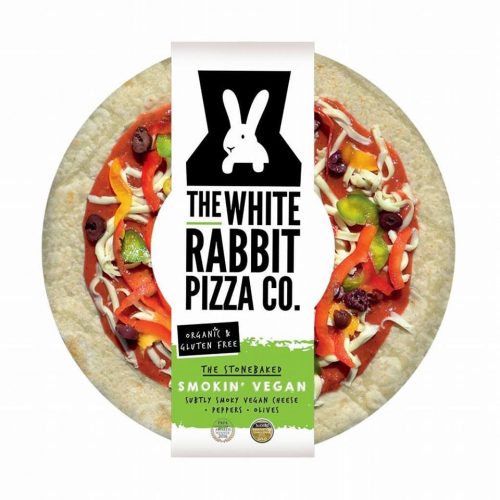 Having quick, easy and recognisable vegan alternatives in supermarkets is a huge step towards allowing people to switch to a plant-based diet. For many people fear that their food preparation will take too long, or that they won’t like any ‘vegan’ food stop them from making the leap.