Top chefs from universities around the country received hands-on training in plant-based cooking at the University of Nevada, Las Vegas (UNLV), according to Fox5Vegas.com.

Chefs from UNLV, California State University Fullerton, Western Washington University, Boise State, University of Minnesota, and South Dakota State University, gathered in an on-campus kitchen in order to learn how to incorporate appetizing vegan meals into the menus of schools, hospitals, restaurants, and more across the country. The Humane Society of the United States (HSUS), which works with food distributors servicing university kitchens, was also present.

When asked about the growing demand for plant-based food, Jeremy Reimer, executive chef for UNLV dining, responded: “People are really looking towards going plant-based because of the healthier aspect of it and just because of the variety you can get.” 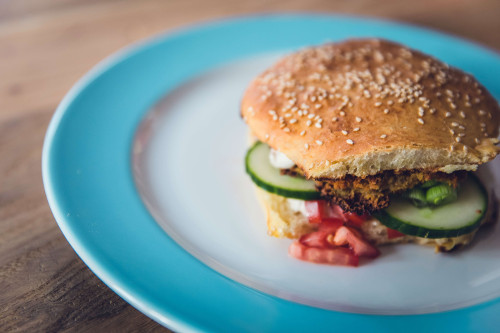 During the workshop, chefs learned how to prepare more than just salad. Black bean burgers, mac and cheese, crab-less crab cakes, eggplant parmesan, Buffalo cauliflower “wings,” chocolate cupcakes, and more. Chefs were also introduced to “aquafaba,” the liquid from a can of chickpeas that can be used as a substitute for egg whites in vegan baking.

Chef Wanda, who helped make the workshop possible, told the correspondent, “Years ago, when I started all this, getting into plant-based, people thought it was something that was a fad.” She continued, “People are making lifestyle changes with plant-based.”

“[Plant-based meat is] a blank canvas,” chef Wanda explained, “and it’s just waiting for you to spice it up, kick it up, give it that good taste that people enjoy when they eat the meat.”

The two-day workshop was made possible thanks to the efforts of HSUS, which recently spearheaded the creation of a vegan chef training program meant for cafeteria chefs and food service professionals across the country. Participants learn about plant-based nutrition, the ethical reasoning behind veganism, and how to substitute meat, dairy, and eggs in cooking.

Leader of the initiative, HSUS Senior Director of Food Policy, and author of “MeatLess: Transform the Way You Eat and Live – One Meal at a Time,” Kristie Middleton, had high praise for the program: “It’s so inspiring to see chefs come in who carry preconceived notions about plant-based food…helping themselves to seconds or thirds at mealtime, telling us the trainings have changed their lives—and knowing that will translate to thousands more plant-based meals served to their students or guests.”