Canadian pasta company, Chickapea, says it will introduce a new line of healthy vegan mac and cheese into the U.S. market.

Chickapea firmly believes that health and convenience do not have to be mutually exclusive, and neither does taste. “We all love pasta! It’s delicious, comforting, versatile and fun!,” the team stated on the company website. “It’s also super fast and easy to cook, but let’s be honest, it’s not the first thing that comes to mind when you think of healthy foods, until now. Chickapea is a delicious pasta full of PROTEIN & FIBER using only organic chickpeas and lentils! Free from all the bad stuff.” 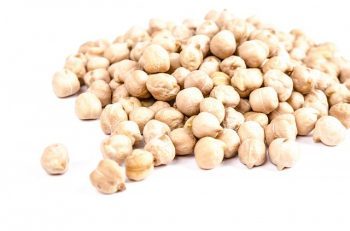 Across Canada and the United States, vegan products are becoming increasingly popular. A recent article by Food Revolution stated that veganism in the U.S. had risen by a staggering six hundred percent. Between 2014 and 2017, the number of people in the U.S. identifying as vegan rose from one percent to six percent.

In Canada, interest in veganism has also been on the increase. At the end of last year, it was reported that “vegan food” was the most searched term on Google for the whole of Canada, with vegan mac and cheese coming in as the number one searched recipe.

The Chickapea vegan pasta product line builds on the growing trend of using peas and beans to add protein and fiber to everything from pasta, snacks, and even desserts. Chickapea’s pasta is made from organic red lentils and organic chickpeas, and comes in several varieties including shells, spirals, and penne. It also packs in nineteen grams of protein and eight grams of fiber.