China made the announcement that it was banning ivory back at the beginning of 2017, but now as the ban goes into effect, the government is stepping up its enforcement of the law and educating the public, which will help save tens of thousands of elephants from being hunted.

Despite this victory, the world is still far from a safe place for elephants. In fact, while China moves forward, the United States is moving backward. The Natural Resources Defense Council (NRDC) notes:

“Meanwhile, as the Chinese government takes two steps forward regarding elephant protection, the Trump administration is taking two steps back. The Department of Interior has begun rolling back Obama-era protections for elephants and other species imperiled by wildlife trafficking by, for example, allowing imports of elephant trophies from Zimbabwe (which NRDC is suing over), proposing to establish a new “International Wildlife Conservation Council” to advise Trump on how to enhance trophy hunters’ ability to hunt internationally, and essentially getting rid of the Presidential Task Force on Wildlife Trafficking.” 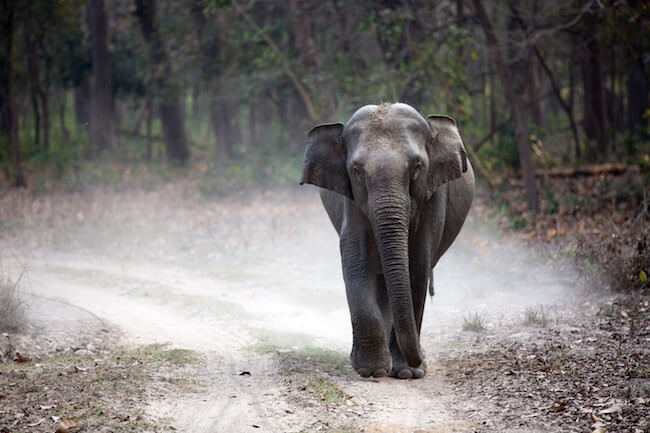 Unfortunately, these kinds of hunts just move from country to country, finding new avenues of trade where there weren’t before. In China’s case, poachers may start sending products into neighboring countries — which China hopes to prevent with increased border security.

The poaching of elephants won’t stop as long as the ivory trade remains legal. It’s still legal in the UK and EU, among many other parts of the world. Progress may be slow going, but discussing the issue publicly moves the needle forward, and as more and more countries stand up for elephants and banning the sale of ivory, this minimizes the profitability —  which is the sole reason why poachers go after elephants in the first place. The world can be a better place for animals, so long as people take action. For more ways to help elephants, check out the NRDC’s website.