Presently, Yangxiang has opened two seven-floor “hog hotels” in China, each capable of housing at least one thousand breeding sows per floor. By the end of the year, the company hopes that the 11-hectare site will contain 30,000 mother pigs, producing as many as 840,000 piglets annually.

Additionally, the company plans to take advantage of the breeding facilities’ location overlooking a dense forest valley in Yajj Mountain by developing tourist attractions close to the farm. A waste treatment plant to handle large quantities of pig feces and urine is still under construction. Once built, Yangxiang plans to treat the waste and will spray the remaining liquid on the surrounding forest. 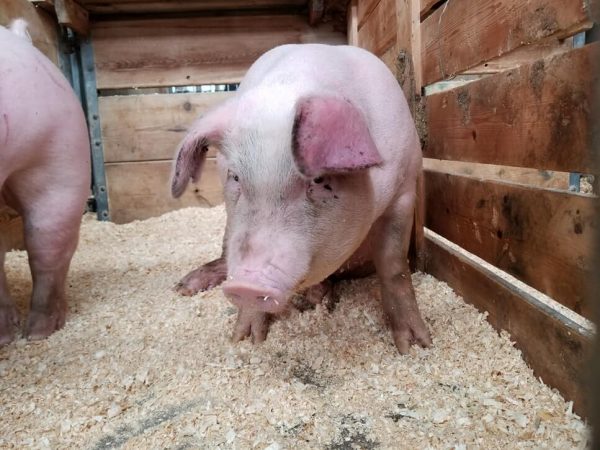 Despite uncertainty from some investors due to an eight-year low in the Chinese pork industry driven by health and food safety concerns, Yangxiang plans to push ahead in finishing its multi-storied pig farms, including one with as many as 13 floors, making it the world’s tallest building of its kind. Pig farms with multiple floors have previously opened in the Netherlands, but were faced with public outcry against animal cruelty and the environmentally damaging nature of factory farming.

Yangxiang will continue to invest in growing its intensive, multi-story pig factory farms. Due to this, some experts are questioning whether cheaper pig meat will save the industry. Fang Shijin, chief researcher at Huitong Data, predicts due to scaled-up meat production and the declining demand for pork, China can expect a surplus.

As Yangxiang rushes to bring its hog hotels to full-scale operation by the end of the year, other companies in the country are pushing for sustainable, annimal-free alternatives to traditional pork production for the world’s largest consumer of pork. Earlier this year, China struck a $300 million trade agreement with Israeli tech companies to bring lab-grown meat to the market. Omnipork, a vegan pork made from a blend of plant-based proteins launched to curtail Asia’s meat consumption, will launch later this year.