An increased trade tariff by China could result in the end of America’s shark fin industry.

In the ever-increasing severe trade wars between China and the U.S., the Asian country recently introduced a 25 percent increased tariff on all shark fin and other seafood items, agricultural exports, and cars coming from the U.S. While shark fins are largely banned in America, China remains a prominent buyer of the item considered a delicacy commonly used to make shark fin soup.

According to the South China Morning Post (SCMP), hundreds of U.S. fishermen seek various shark species for their meat and fins within the nation’s tightly regulated fishing industry. The shark fins comprise roughly a quarter of the value of a shark sold for its meat. While the food was once deemed appropriate only for royal consumption, the popularity of shark fin is rising within Asia’s emergent middle-class economy. 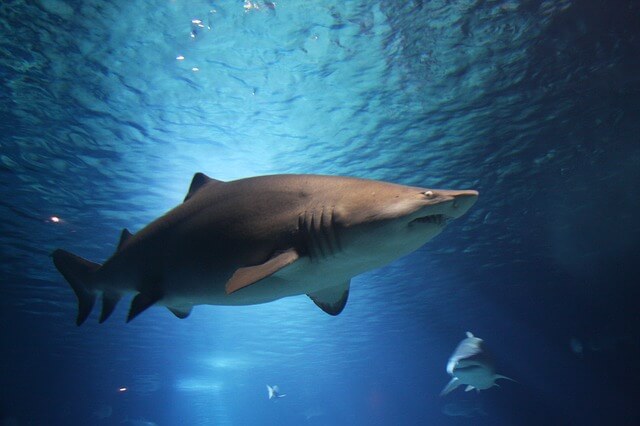 The practice of shark finning — the removal of fins from live sharks at sea and the disposal of the animals in the ocean — has been heavily criticized by animal rights advocates. To obtain the shark fin, fisheries remove the fin (dorsal, side, or both) of a shark, which immobilizes the animal and exposes them to immense pain before dying from a lack of oxygen, bleeding to death, or predation in the sea.

Shark finning has been outlawed in the U.S. for many years. However, it is legal to remove and sell the fins of legally harvested sharks. And while the IUCN Red List of Threatened Species lists one-quarter of shark and ray species as being at risk of extinction, an estimated 75 million sharks are still killed for their fins every year. Oceana campaign director Whitney Webber said the item needs to be banned altogether. She told SCMP, “[A national shark fin ban would] reinforce the status of the United States as a leader in shark conservation.”

Data released last year found that 77 percent of people in Hong Kong, a city with one of the biggest appetites for shark fin, no longer consume shark fin foods. Additionally, earlier this month, international coffee chain Starbucks received pressure to cut its ties with a Hong Kong licensing agent that distributes shark fin soup. The topic caused outrage from the Oceanic Preservation Society, wildlife groups, and consumers across the globe.