Veganism is known for uniting people in a mission of compassion, and a New Zealand church has demonstrated this in the most generous way, raising $7,000 for a vegan business owner with multiple sclerosis (MS).

Northland-based Nick Cullen has suffered with primary progressive MS for four-and-a-half years. He was able to delay the progression of the disease with a special fruitarian diet, but was forced to give up his profession as an engineer due to the debilitating condition.

However, in a bid to provide for their two young children, Cullen and his wife Chelsea recently launched a business producing and selling plant-based meals.

The couple was able to do this with the help of a government-administered flexi-wage subsidy. However, the couple still needed a little extra help: $800 to cover their food license.

According to local news source Stuff, when local church members and family were made aware of the extra funds needed, they “put out the word.” Within a week, they raised almost $7000 – 875 percent of the goal sum.

“We were blown away by the generosity,” Mrs. Cullen said. “It’s a tough hand we’ve been dealt and it has been hard setting up the business and giving the kids the best we can… it’s been a battle in every direction so we are so very appreciative of this help.” 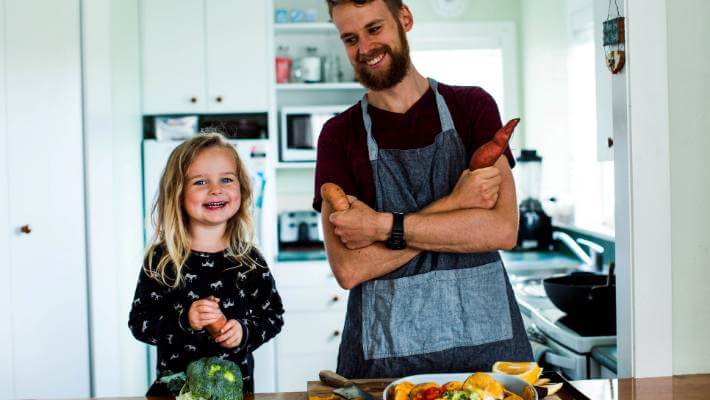 She added that they will use the money to purchase equipment for the kitchen. Currently, the husband and wife duo hire a commercial kitchen once a week to prep the meals which they then refrigerate before delivering the next day; consumers can order online for delivery on Fridays. “Currently we are serving 30 – 60 people, with a new meal offered each week as well as repeats of any favourites,” Mrs. Cullen explained. However, with their own equipment, the Cullens may be able to expand the venture.

Beyond the obvious compassion in saving animals, there appears to be a link between vegan ventures and generosity.

In the UK, luxurious artisan fudge company FabFudge creates and sells vegan fudge to raise money for a multiple sclerosis sufferer named Jill. FabFudge was founded to help Jill receive much-needed treatment for her illness in Moscow, and promises that “Once she has undergone the treatment and recovered, we will be donating a substantial share of the profit to AIMS,” a charity established to aid others seeking treatment for MS.

In the U.S., Texas’ Soulgood food truck – which was voted the best food truck in Dallas by the Dallas Observer – similarly supports a cystic fibrosis charity with every purchase.