Bethencourt and Ron Shigeta have funded and supported many vegan companies during their four years of business. These include Memphis Meats, Finless Foods, New Wave Foods, Miraculex, The Notco and many more.

Bethencourt claims “over the last four years of accelerating and disrupting multiple industries through biology and building out Indiebio”, Ron and he came to a realisation. He says it’s clear that the food industry was lacking innovation and was fearful of new technologies, “even if they were backed by strong science, better sustainability and improved nutritional profiles”.

Despite advances in the world of human food, Ryan and his business partner knew that the domesticated animal food industry was missing out on the latest technological advances and scientific innovation. The Vegan Mafia team’s solution? Founding a brand new company to “provide the best animal food on the planet that was better for animals, people and the planet”.

Currently, mainstream pet food is made from the leftovers of factory farmed animals, among other less than desirable ingredients, which causes problems for conscious consumers, vegans, and vegetarians. It has also been speculated that cats and dogs have a huge carbon pawprint due to the food that they are given to eat. 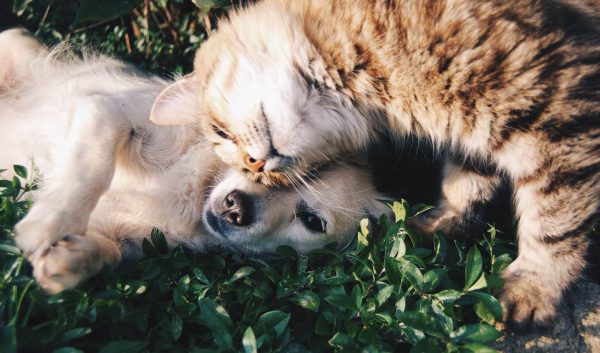 Wild Earth states on its website that it is “challenging the status quo with clean protein made without animal ingredients”. Clean meat is made by extracting the stem cells of an animal then growing those into muscle tissue, the part of an animal we know as meat.

The new company also stated – “We are a team of experts, entrepreneurs, and visionaries with a dream: To create the perfect food for dogs and cats of all ages. Our product line is made for all animal lovers just like us, who care about animals, people and the planet. Our products are made from truly clean protein and are based on holistic science.”