Crops of the near future may be severely lacking in vital nutrients because of climate change, according to researchers from Harvard’s T. H. Chan School of Public Health.

The new study published in the journal Nature Climate Change last month posits that rising carbon dioxide (CO2)levels may soon lead to key nutritional deficiencies for millions of people by 2050. In order to draw the conclusion, researchers analyzed the elevated impact of elevated CO2 levels on the dietary intake of iron, zinc, and protein across 151 countries. Food availability, age, and sex were factored in. Countries which rely on staple crops such as white rice and legumes – India, South and Southeast Asia, Africa, and the Middle East – were found to be at the greatest risk for deficiencies as soon as 2050.

According to the findings, climate change-induced greenhouse gases (GHGs) may cause an additional 175 million to become zinc deficient and 122 million to be protein deficient. In countries where cases of anemia represent 20 percent or more of the population, 1.4 billion women and children under the age of five may lose 4 percent of dietary iron. The study notes that a lack of iron can leave individuals vulnerable to disease, including various forms of anemia. 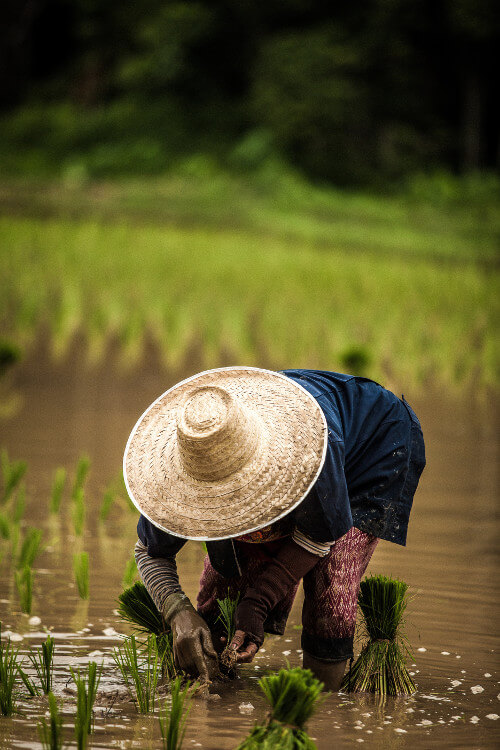 what is the most sustainable diet?

“Our research makes it clear that decisions we are making every day — how we heat our homes, what we eat, how we move around, what we choose to purchase — are making our food less nutritious and imperiling the health of other populations and future generations,” said lead author Samuel Myers, a principal research scientist, in a statement.

The study suggests two avenues to preventing the impending loss of nutrition to staple crops: directly altering the nutrient profile of crops or by disrupting the global food system. Industrial animal agriculture, including the meat, dairy, and egg industries, is considered to be one of the largest contributors to GHGs on earth. Last August, a new study revealed that a vegan diet can reduce one’s environmental impact by as much as 84 percent compared to a meat-heavy American diet. A separate study released last March showed that 50 percent of GHGs could be reduced if just 20 percent of Americans went vegan.

“One thing this research illustrates is a core principle of the emerging field of planetary health,” Myers continued. “We cannot disrupt most of the biophysical conditions to which we have adapted over millions of years without unanticipated impacts on our own health and well-being.”