American actor and environmentalist Harrison Ford has spoken out against world leaders who continue to deny the existence of climate change, reports France24.

Ford made the comments in a speech at the World Government Summit in Dubai; the summit brings together leaders from around the world to discuss the future of policies and governmental processes.

Ford attended this year’s summit to address the issue of climate change, as well as to call out influential world leaders who continue to deny its impact on the planet.

“Around the world, elements of leadership, including in my own country, to preserve their stake in the status quo, deny or denigrate science. They are on the wrong side of history,” he said.

His own country’s president, Donald Trump, is notoriously in denial of the impending negative consequences of climate change, pulling the United States out of the Paris Climate Change Agreement in 2017. The agreement – drawn up in 2015 during the Obama administration – intends to strengthen the global response against environmental issues caused by climate change. 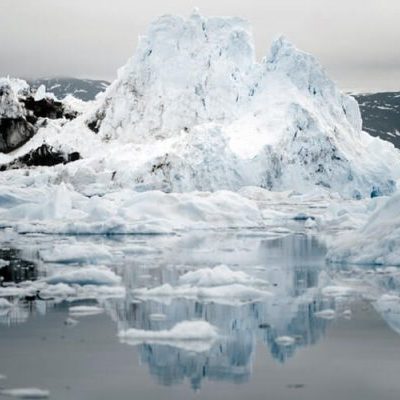 “We are faced with what I believe is the greatest moral crisis of our time that those least responsible for nature’s destruction will suffer the greatest consequences,” Ford said, urging leaders to “roll up their sleeves” and “work together” to come up with a solution.

According to the UN, without immediate action, the world will be past the point of no return in facing the catastrophic effects of climate change in just 12 years.

One politician recently proposed taxing meat as one method of combating climate change, and last summer, the biggest ever food production analysis claimed that going vegan was the “single biggest thing” a person could do to reduce their impact on the planet.

According to lead author Joseph Poore, ditching meat and dairy is even more significant than buying an electric car or cutting down on flights.

“If we are to survive on this planet, the only home any of us are ever going to know, for our security, for our future, for our climate, we need nature now more than ever,” said Ford. “Nature doesn’t need people. People need nature.”