Comedian Russell Brand is currently touring the UK and Ireland as part of his humor-laden stand-up comedy show, Re:Birth. News recently broke that the generous vegetarian celebrity brought the whole of his sold-out Swansea audience food from a local eatery, Govinda’s Vegetarian and Vegan Cafe.

Brand’s audience at the performing arts center, Swansea’s Grand Theatre on Tuesday evening this week were treated to vegan Hare Krishna cookies; the massive order was reportedly paid for by the comedian himself. Considering the theatre boasts 1,014 seats in the large auditorium, the eatery was busy making batches upon batches of cookies for the appreciative guests. 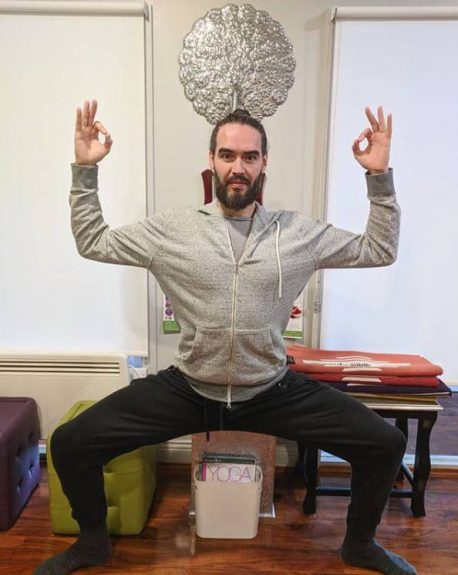 The award-winning eatery’s General Manager, Danda-Krt Dasa, and his team went to the theatre prior to the show starting and placed the cookies for show guests. According to Wales Online, these cookies aptly had a picture of Russell Brand and the phrase “Hare Krishna.” This phrase is a globally recognized name for a faith movement with roots in the Hindu religion.

The faith centers around spirituality and belief that one’s actions throughout life, both positive and negative, are analyzed upon death; the balance of these two opposites are believed to determine whether a Krishna follower will be reborn in a higher or lower life form.

Prior to Russell Brand’s Indian wedding to pop singer Katy Perry in 2010, he was pictured meeting with a known Hare Krishna expert. While Brand is not an avid devotee of the faith, these cookies aren’t the first sign of his interest. Brand and his Re:Birth team also opted for nourishing food fuel from Govinda’s Vegetarian and Vegan Cafe. Brand shared a snap of some of the food via Instagram. 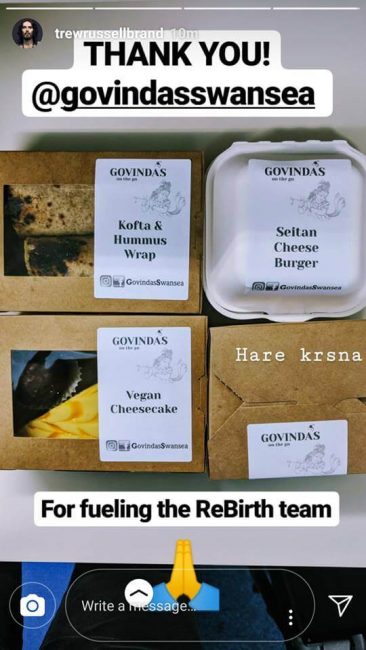 Dasa told Wales online, “[Brand] is a big supporter of the Hare Krishna movement and we were happy to help out. It was nice of him to put the post out [on social media] afterwards too thanking us for it.”

Brand has been vegetarian since the age of 14 and flirted with veganism after watching the vegan documentary “Forks Over Knives” in 2011. His journey with a vegan lifestyle has since been on and off but the star called for help to commit to the lifestyle in 2014 and has since kept relatively quiet about his food choices.