Veganism is growing slowly but steadily in the U.S. according to the results of a poll conducted by American analytics and performance management consulting company, Gallup.

How many vegans live in the U.S.?

Three percent of Americans ages 18-29 say that they are vegan while 7 percent are vegetarian. Those in the 30-49 age bracket are the most likely to be vegan or vegetarian. A total of 4 percent of those surveyed within the age group said that they are vegan while 8 percent are vegetarian. Vegetarianism and veganism decline sharply in the 50-64 age group, with figures representing 3 percent and 1 percent respectively. There is a slight uptick in the 65+ age group for veganism, though, with 3 percent of the demographic saying they eschew all animal products. 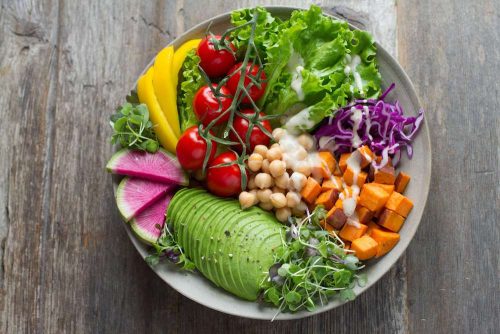 Despite the belief that following a plant-based diet isn’t affordable, individuals living in the lowest annual income bracket, around $30,000, are reported to have the highest percentage of vegans and vegetarians, accounting for 4 percent and 9 percent respectively. Meanwhile, those in the $75,000+ income bracket are the least likely to follow either diet with 4 percent vegetarians and 2 percent vegans.

Although the Gallup data shows that veganism in the U.S. has not experienced the same rapid growth that it has in other nations, such as the U.K. where it skyrocketed by 700 percent in a span of two years, sales data show that plant-based food is on the rise. A recent report conducted by leading global sales research firm Nielson for the Plant Based Foods Association (PBFA) shows that vegan food sales reached $3.3 billion in 2017, representing a 20 percent surge in purchases.

While veganism has not experienced a sharp increase in the U.S., Gallup concludes that the rise in vegan food sales is largely thanks to omnivores who are “eager” to include more plant-based products in their diet. PBFA executive director Michele Simon says that rising vegan food sales represents a shift away from plant-based as a “niche” category, thanks to omnivores looking to reduce their consumption of animal products. Data released by market research firm Mintel show that more than half of Americans prefer the taste of vegan protein while 58 percent are actively incorporating plant-based meat into their diet. Additionally, up to 50 percent of non-vegan consumers purchase plant-based dairy alternatives.